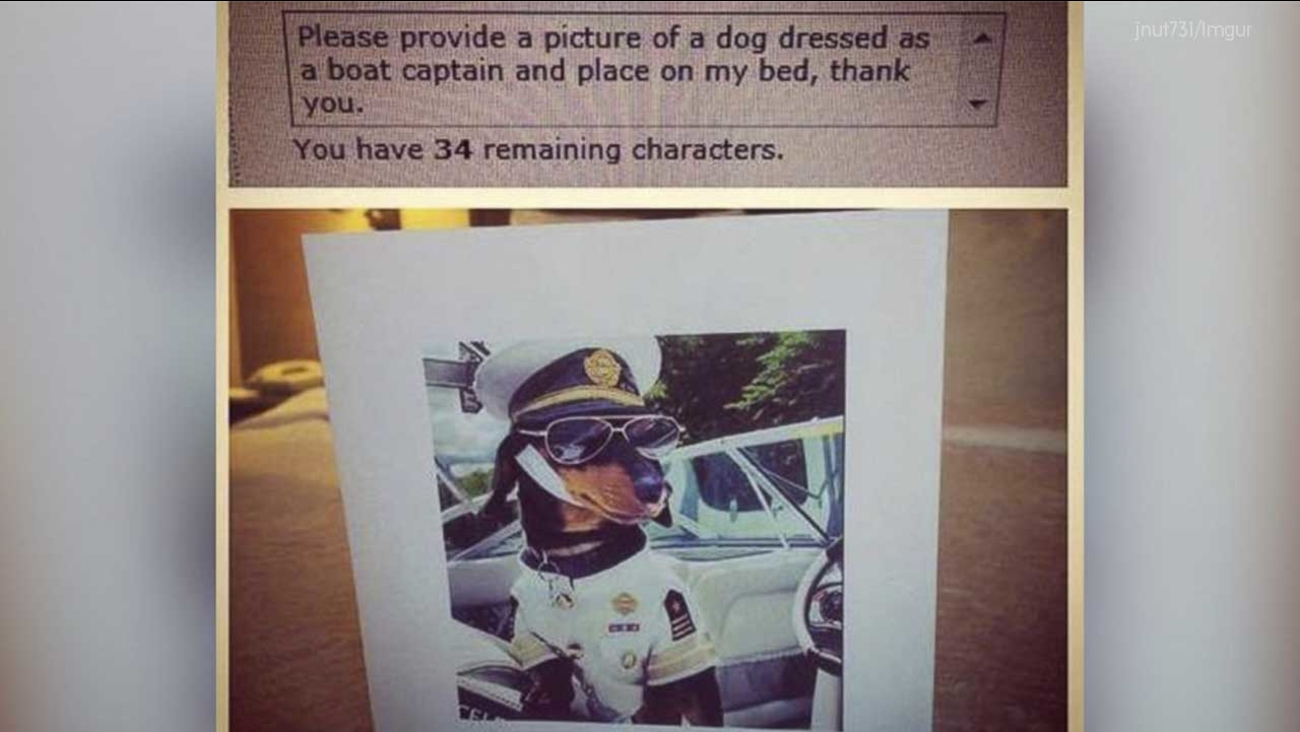 For the past four years, the 28-year-old businessman has traveled from Denver to Salt Lake City every other week. Along the way, he decided to spark up his travels by asking the hotel staff to fulfill some rather unusual requests.

"I got bored doing the routine checking-in and checking-out, so I thought, why not try a random request?" he told ABC News.

Some of the the strange requests include having the staff draw a picture of what they think he looks like before arriving at the hotel, building a fort out of pillows and a picture of a dog dressed as a boat captain.

Although there has been criticism of Fitzsimmons's requests, with some even calling him a "nuisance" to hotel staff, he told ABC News that this gives him the chance to get to know the staff at hotels better, and that they love the requests.

"Many people at the front desk have told me they they thought my request was hilarious and that they had so much fun doing it," he said. "It makes them laugh and it helps take their mind off the daily grind."

Fitzsimmons adds that he's only had one request denied.