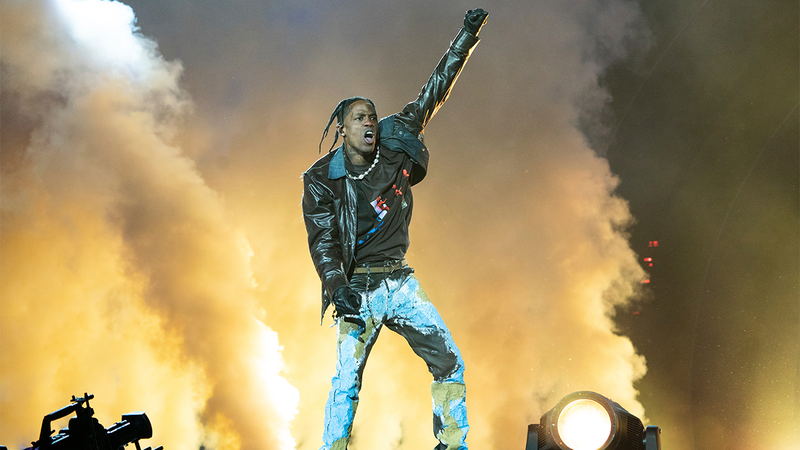 HOUSTON, Texas -- Rapper Travis Scott will be giving full refunds to anyone with tickets to Astroworld Festival after the mass casualty that occurred last Friday night at NRG Park, ABC News confirmed.

The video above is from a related story.

At least eight people died and hundreds of other attendees were injured at the sold out event, authorities said. They have all been publicly identified by family.

The youngest victim was a ninth grader at Memorial High School. One of the oldest victims, 21-year-old Axel Acosta, traveled all alone from the state of Washington to Houston just to see the rapper perform.

The event's 100,000 tickets sold out within an hour of going on sale back in May. Scott launched the Astroworld Festival in 2018, but like most other large events, it was canceled in 2020 due to the COVID-19 pandemic.

But before the show even began, a stampede broke through barricades and gates on festival grounds.

A pair of Astroworld Festival concert goers told ABC13 that within Scott's first song on stage, they decided they needed to get out because it was getting difficult to breathe. That's when Zachary Scott and Kaia Redus said they tried to push their way out of the crowd but had to rely on a couple of other concert goers to rescue them out of the chaos.

"Astroworld was totally different. It was like a concert from hell," said Scott.

A day after the event, Houston city leaders reported 13 of the 25 victims who were taken to hospitals remained under doctors' care. Five of those patients were under 18 years of age.

The 30-year-old Missouri City native was slated to make an appearance Saturday, Nov. 13 at the Day N Vegas Festival. Following the deadly concert, Scott has pulled out of the show in Las Vegas, according to ABC News.