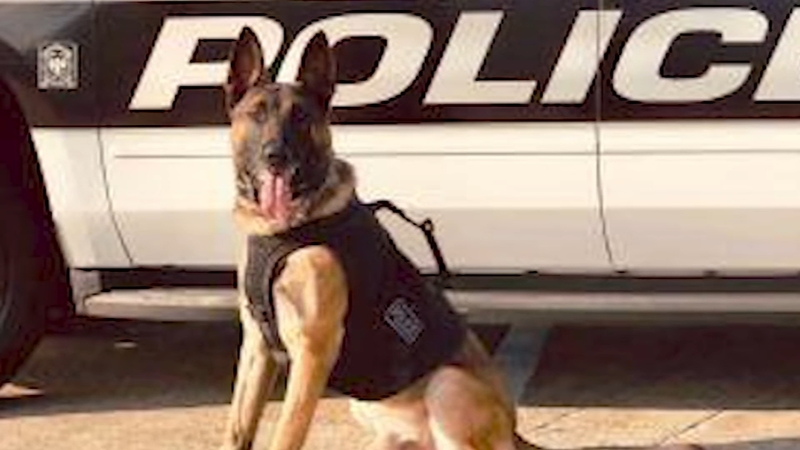 Durham police K-9 wounded in shooting; 1 in custody after manhunt

DURHAM, N.C. (WTVD) -- The man wanted for shooting a Durham police K-9 and leading officers on a manhunt has been taken into custody, officials said Tuesday.

Around 5:15 p.m., Durham officers said the person was taken into custody.

Officials said a K-9 was shot in Maplewood Cemetery before 3 p.m.

Officers tried to stop Christie on foot in the downtown area but he ran away after police determined he had a handgun and sought to take it from him.

Perimeter being maintained by @TheDurhamPolice around maple wood cemetery right now. Police all over looking for suspect who were hearing shot at k-9 officer. Road leading into @DukeU also closed at the moment #abc11 pic.twitter.com/QzVswOJvBd

Chopper 11 saw a heavy police presence in the area, which is near Duke's Wallace Wade Stadium as police search for the suspect, who went into hiding in a nearby wooded area.

A manhunt is underway near Duke University for a person who shot a K-9 in a Durham cemetery Tuesday afternoon.

Some homes along Morehead Avenue near the cemetery were evacuated, police said. Residents were asked to avoid Morehead from Anderson Street to Kent Street.

"We know that this is a highly congested retail and residential area, and we are continuing to attempt to resolve this situation in a peaceful manner," Durhan Police Capt. Brian Reitz said Tuesday afternoon.

Christie was eventually taken into custody around 5 p.m. and was charged with assault on a law enforcement animal inflicting serious injury, carrying a concealed weapon, resisting, delaying and obstructing a government official, discharging a firearm within the city limits, breaking and entering, larceny after breaking and entering, felony conspiracy to commit breaking and entering and two counts of obtaining property by false pretense.

One charge of obtaining property by false pretense is from 2019 when Christie allegedly advertised a phone for sale online and took the victim's money without giving them a phone. The other obtaining property by false pretense charge is from earlier this year when Christie allegedly sold a stolen mountain bicycle to a pawn shop.

Christie is being held in the Durham County Jail without bond on a federal detainer.

I've confirmed with @TheDurhamPolice that the dog shot tonight is this k-9 officer named Daro.
This is a picture from DPD's Facebook page a few years back.
We're still waiting for an update on his condition #ABC11 pic.twitter.com/knsqHGuFT6

K-9 Daro has been on the force for four years and is recovering well from surgery, police told ABC11. 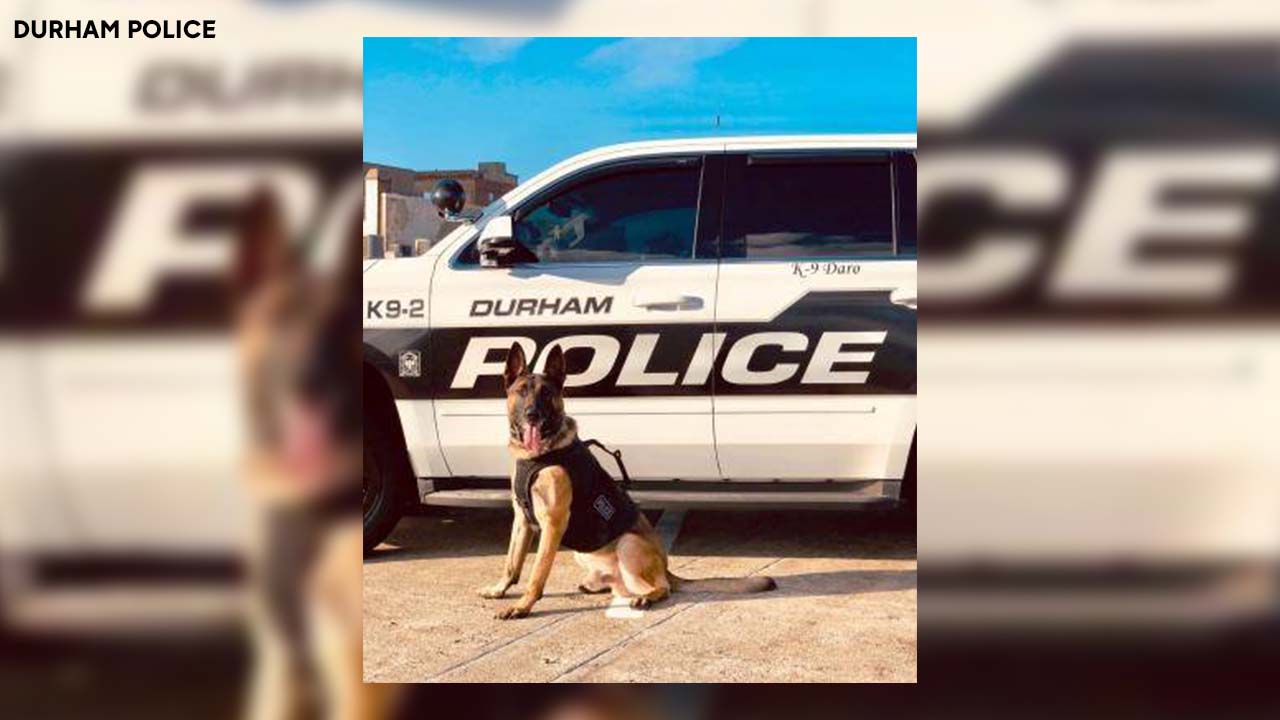 Daro, the Durham police K-9 who was shot Tuesday afternoon

Jessica Johnson moved to Durham from Virginia just on Monday. When given the option by police to stay inside or evacuate, she stayed put with her dog Wilder.

"Somebody knocked on our door and told us that we could either stay inside with the doors closed or leave," said Johnson. "This is not normal for me."

Joaquin Carcano was headed to Food Lion but like Johnson decided to stay home.

"Things got intense. It escalated. More cops came. Guns out sort of thing," said Carcano. "I think people are on edge seeing cop cars come through all the time. It's never to this extent which is kind of unexpected."