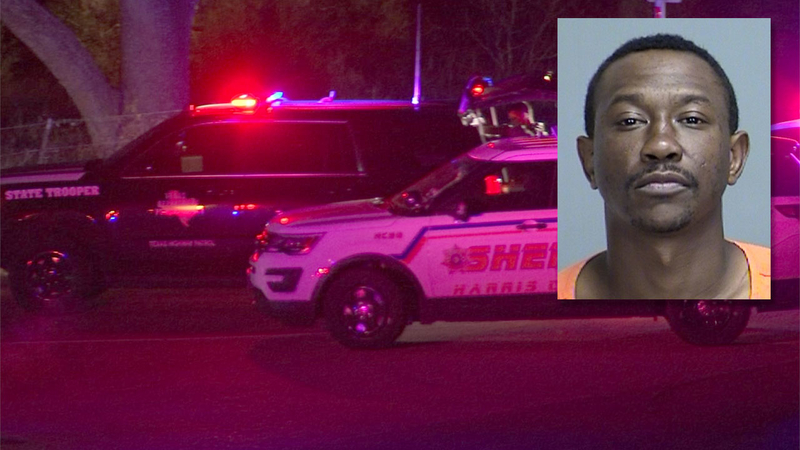 Suspect in Texas trooper's murder behind bars in Brazos Co.

WALLER, Texas -- The 33-year-old man suspected of shooting and killing a Texas Department of Public Safety trooper on Thanksgiving is behind bars in Brazos County.

Dabrett Montreal Black was captured Thursday night hours after the shooting death of Trooper Damon Allen in Freestone County, which is more than 100 miles south of Dallas.

Thoughts and prayers pour in from across the country for fallen DPS trooper.

Texas DPS officials said Allen stopped Black on the southbound lanes of I-45 near Fairfield for a traffic violation around 3:45 p.m. Thursday. Allen approached the vehicle and made contact with Black. After he returned to his patrol unit, DPS officials believe Black fired multiple shots with a rifle at the trooper. He died at the scene.

According to the Waller County Sheriff's Office, Black drove from Freestone County in a Chevy Malibu to Waller County near Prairie View. In Waller County, the suspect was involved in a shooting near Liendo Parkway and Wyatt Chapel, deputies said.

Black was wounded in the leg by a bullet and also bitten by a K-9 before being taken into custody just after 9 p.m. He was taken to a hospital in Bryan for observation.

According to jail records, Black was then booked into the Brazos County Detention Center on capital murder of a peace officer. Black was also booked on previous unrelated warrants, including evading arrest and aggravated assault of a public servant.

Allen has been with Department of Public Safety since 2002. He is survived by his wife and his three children.

Suspect in today’s fatal TXDPS trooper shooting in Freestone County has been captured in Waller County near Prairie View. Excellent operation by numerous agencies to take this suspect into custody with no additional casualties. #wallercounty #txdps #freestonecounty

"Our DPS family is heartbroken tonight after one of Texas' finest law enforcement officers was killed in the line of duty. Texas Highway Patrol Trooper Damon Allen was a loving husband and father of three, and we ask for your prayers for his entire family and his many friends and colleagues during the difficult days ahead. Trooper Allen's dedication to duty, and his bravery and selfless sacrifice on this Thanksgiving Day, will never be forgotten."

"With heavy hearts on this Thanksgiving, Cecilia and I express our most sincere condolences to the family, colleagues and friends of the trooper who was callously killed today in the line of duty. As law enforcement continues to search for the individual responsible for this heinous crime, I ask that all of Texas keep this trooper and his brothers and sisters in blue in their thoughts and prayers. The killer will face justice, and the State of Texas will continue to offer our unwavering support for the men and women in law enforcement who keep our communities safe."

"Never easy losing a colleague, but even worse on a day like today. Prayers and thoughts are with TxDPS and the family and friends of a trooper shot and killed today," Acevedo said on Twitter.

Never easy losing a colleague, but even worse on a day like today. Prayers & thoughts are with @TxDPS & the family and friends of a trooper shot and killed today. May he RIP, his family comforted & his killer brought to justice without any other officer being injured or killed. https://t.co/1Qwm8Aqxp8