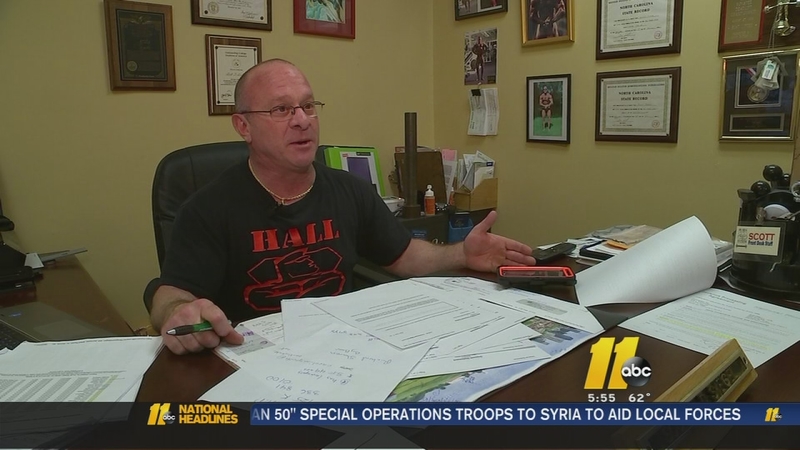 DURHAM (WTVD) -- A company contracted to collect gym membership dues has left gym owners across the country scrambling for their money.

Scott Siegel has owned the Hall of Fame Fitness in Durham for 16 years. He said he has never had a problem with his billing company until recently.

"National Fitness gets their percentage and I get the rest," Siegel said. "I haven't been getting the rest."

National Fitness owes Siegel $15,610.13. They are the company that Siegel contracted with to collect the gym member's automatic monthly dues.

Siegel said he has called and emailed National Fitness relentlessly about his money.

"It stressed me out because I get nowhere with these people," he said.

So he contacted me.

We gave National Fitness a call.

The representative confirmed Siegel was still owed more than $15,000, but said none of the owners were free to talk to me. The rep said she would give them my message.

Within 48 hours, Siegel had 100 percent of his money in his gym's account.

"I couldn't have done this without you Diane, the Troubleshooter," Siegel said. "You really do perform miracles and as I said before you know, you're the bomb.com."

National Fitness never got back to us about the delay in payments, but I have heard from other gym owners across the country who are still looking for their money from them.