Truck windshields smashed by rocks on I-85 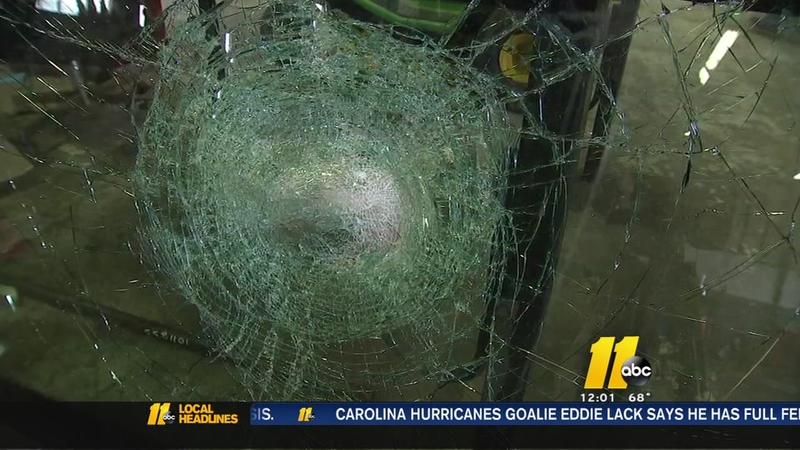 Truck windshields smashed by rocks on I-85

HENDERSON, North Carolina (WTVD) -- The Vance County Sheriff's Office is investigating reports that someone has been dropping rocks off an Interstate 85 overpass onto passing trucks between Henderson and Middleburg.

According to workers at a local truck stop, Chex, four trucks have been hit since Sunday night and officials think it's no accident.

Glass repairman Jeff Boyer said one of the drivers was inches away from getting seriously hurt.

"The only thing that kept the driver from getting hurt was the piece (that) was about that big and thick (gestures with fingers), but it evidentially landed flat which didn't let it penetrate the cab," Boyer said. "But there was glass clear back into his sleeper. It fills the cab."

Boyer said all of the trucks have similar or even worse damage; however, no injuries have been reported.

Boyer heard that the crimes are happening on a bridge over I-85 near Middleburg and authorities have combed the area for answers.

"From what I understand, they went up and investigated the bridge and looked at some of what could have been thrown off and what was there," Boyer said.

The major question... who would do such a thing? Boyer has this own theory.

"Kids and stuff (are) up to it again, throwing things off the underpass. Several years ago it was cinder blocks."

Until the suspect(s) is caught, drivers are urged to use caution while driving on this section of I-85 while it's dark.