AP
By Jill Colvin and Zeke Miller, Associated Press
CHICAGO -- News Friday that President Donald Trump and first lady Melania Trump had tested positive for COVID-19 sparked an explosion of rumors, misinformation and conspiracy theories that in a matter of hours littered the social media feeds of many Americans.

Tweets shared thousands of times claimed Democrats might have somehow intentionally infected the president with the coronavirus during the debates. Others speculated in Facebook posts that maybe the president was faking his illness. And the news also ignited constant conjecture among QAnon followers, who peddle a baseless belief that Trump is a warrior against a secret network of government officials and celebrities that they falsely claim is running a child trafficking ring.


In the final weeks of the presidential campaign, Trump's COVID-19 diagnosis was swept into an online vortex of coronavirus misinformation and the falsehoods swirling around this polarizing election. Trump himself has driven much of that confusion and distrust on the campaign trail, from his presidential podium and his Twitter account, where he's made wrong claims about widespread voter fraud or hawked unproven cures for the coronavirus, such as hydroxychloroquine.

"This is both a political crisis weeks before the election and also a health crisis; it's a perfect storm," said Alexandra Cirone, an assistant professor at Cornell University who studies the effect of misinformation on government.

Facebook said Friday that it immediately began monitoring misinformation around the president's diagnosis and had started applying fact checks to some false posts.

Twitter, meanwhile, was monitoring an uptick in "copypasta" campaigns about Trump's illness. "Copypasta" campaigns are attempts by numerous Twitter accounts to parrot the same phrase over and over to inundate users with messaging, and they are sometimes signals of coordinated activity. The social media company said it was working to limit views on those tweets.

But nearly 30,000 Twitter users had retweeted a variety of conspiracy theories about the news by Friday morning, according to an analysis by VineSight, a tech company that tracks online misinformation.

Roughly 10,000 of those retweets touted the drug hydroxychloroquine, an unproven treatment for COVID-19, as a treatment for the president. Another 13,000 retweets were related to a QAnon conspiracy theory that the president is going into quarantine while mass arrests of high-profile politicians like Trump's former Democratic nominee Hillary Clinton are carried out, according to the company's analysis.

Most of the conversation was coming from unverified accounts on Twitter, said Gideon Blocq, the CEO of VineSight.

"A lot of them seem very happy about what's going to happen because they think Hillary Clinton is going to be arrested," Blocq said of the QAnon accounts.

Misinformation was not only promoted in the fringe spheres of the internet but by everyday social media users as well, said Shane Creevy, head of editorial at Kinzen, an Ireland-based company that works to monitor misinformation online.


"The conspiracy part of the internet is like outside the mainstream, but even among regular users we are seeing quite a lot of crazy thinking pushed out there from people who should know better," Creevy said.

President Donald Trump is acknowledging he played down the projected impact of the deadly coronavirus early this year and says he meant to avoid creating a panic.

Other social media users were suggesting that Trump's diagnosis is a hoax aimed at generating sympathy among voters or even getting out of the next presidential debate against Democratic presidential nominee Joe Biden.

That speculation shows up in Facebook comments on news stories about Trump.

"It is a lie," one Facebook user wrote on a TV news network's post about Trump, calling it a "Strategy to not debate Biden anymore."

"Is Trump faking COVID to avoid narcissistic injury of losing the election?" one Twitter user asked in a post retweeted more than 4,000 times Friday morning.

Clint Watts, a disinformation expert with the Foreign Policy Research Institute, published a report in July describing one or both of the candidates contracting COVID-19 as a scenario for prompting an onslaught of disinformation in the campaign.

"The biggest reason why this is a disaster is because there are no trusted information sources remaining that have not been undermined by the president," he said.


The news is also ripe for foreign and domestic internet instigators to exploit in a disinformation campaign, and opens the door for people to unwittingly spread misinformation, said Cirone, the Cornell professor.

She predicted that internet users will share video clips of politicians coughing or appearing ill to prematurely claim that they have tested positive for the virus.

In fact, social media users have already employed a similar strategy when they shared video clips of Biden coughing during an event in Pennsylvania on Wednesday to suggest he was sick. The video resurfaced again - getting more than 160,000 views on Twitter by Friday morning - with social media users suggesting that Biden either infected Trump or had caught the virus from Trump during the debate. Biden and his wife tested negative Friday for the virus.

"Individual citizens shouldn't amplify any speculation," Cirone said. "Nefarious actors are banking on the (likelihood) that citizens will be very concerned about this and accidentally spread fake news."

In perhaps a sign of what's to come, state-backed Russian television channel RT tweeted a story suggesting that Biden's prolonged coughing from the debate raised concerns for the former vice president after Trump's test. In the last presidential election, Russia launched an online misinformation campaign with bogus social media accounts that aimed to sway U.S. voters' opinions in the race, and there are signs that the Kremlin is at it again.

Watts said Russian-backed accounts are mostly only trolling the president and the White House so far, but they are just getting started - especially given that the president has only begun his quarantine.

"They are going to position all sorts of conspiracies or amplify American conspiracies," Watts said. 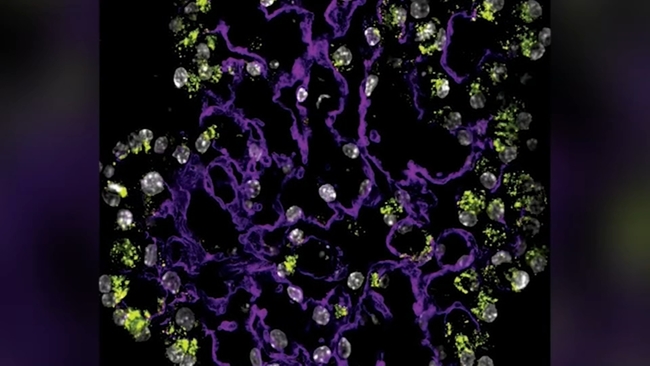