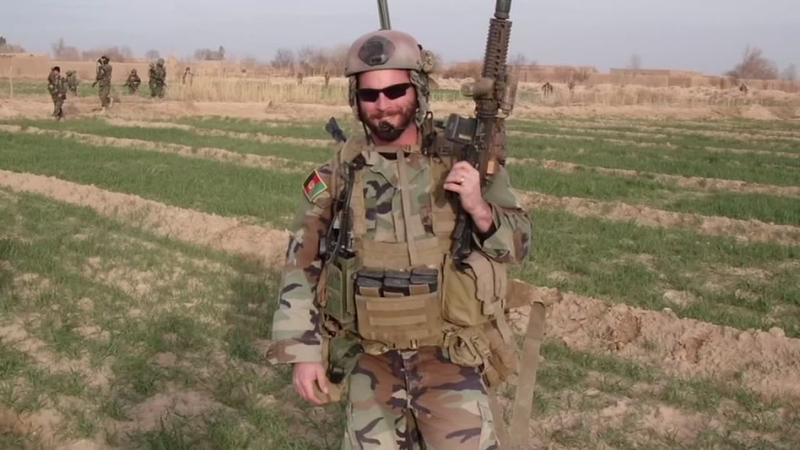 FORT BRAGG, N.C. (WTVD) -- A recent tweet by President Donald Trump could jeopardize the murder case of a former Fort Bragg Green Beret who is charged with killing a suspected bomb maker.

The charges against Major Matthew Golsteyn, announced last week by U.S. Army Special Operations Command, follow multiple investigations into his role in the 2010 death of an Afghan man, whose killing he admitted to Fox News during a 2016 interview. The death occurred while Golsteyn was on deployment in Afghanistan.

The Army Criminal Investigation Command's initial investigation of Golsteyn began after he admitted in a 2011 CIA job interview that he had killed the man he suspected of being a bomb maker. The investigators did not determine conclusively that Golsteyn had killed the man, but the admission resulted in Golsteyn losing a Silver Star for heroism he had earned during his deployment.

On Sunday Morning, President Trump tweeted, "At the request of many, I will be reviewing the case of a 'U.S. Military hero,' Major Matt Golsteyn, who is charged with murder. He could face the death penalty from our own government after he admitted to killing a Terrorist bomb maker while overseas."

The President's comment's, calling Golsteyn a "military hero," likely refers to Golsteyn's accolades as a Silver Star recipient. The award was later stripped.

However, the president's vow to review the case is drawing criticism and concern about unlawful command influence.

"That is a concern because once a superior commander intrudes into that decision-making process it can be deemed unlawful command influence in which courts over time has shown and said to be the mortal enemy of military justice," said military justice expert Kris Poppe.

Trump has issued statements about military criminal cases in the past.

He was very outspoken about Sgt. Bowe Bergdahl, who was held captive by the Taliban after he deserted his Afghanistan post in 2009. On the campaign trail, Trump called Bergdahl a "traitor" but then doubled-down on the comments when asked about the case as it neared the sentencing phase.

That's why Bergdahl's defense kept trying to get the case thrown out on the basis of "unlawful command influence," but in Golsteyn's case, Kris Poppe said the defense will have a difficult time proving that term.

"Again it's an ambiguous tweet. One tweet that's not clear in his intentions are and of course, that makes a big difference. I do believe that causes a problem that's probably unwelcome by all concerned within the military justice system because it does create ambiguity with the commander in chief in what he's trying to accomplish," said Poppe.

Golsteyn has been charged with premeditated murder, a charge that could result in the death penalty if he is convicted. The president does not have the authority to pardon criminal defendants.
Report a correction or typo
Related topics:
fort braggcrimemilitarydeath investigation
Copyright © 2021 WTVD-TV. All Rights Reserved.
TOP STORIES
2 killed, 2 others injured in shooting at Cumberland County home
WEATHER: Scattered showers & storms today
LATEST: Wake school board, parents debate COVID testing for students
375 workers with NC healthcare provider could be fired over vaccines
FDA expected to authorize limited wider use of Pfizer booster
'Trusted figures:' Cooper recruits faith leaders to help vaccine push
Show More
Why a Carrboro restaurant took alcohol off the menu
NC man accused of defrauding Amazon out of $290,000 through returns
Mega Millions ticket worth $432 million sold in New York
Fayetteville leaders hope police advisory board will curb gun violence
Hillside High principal reflects on former students killed at NCCU
More TOP STORIES News