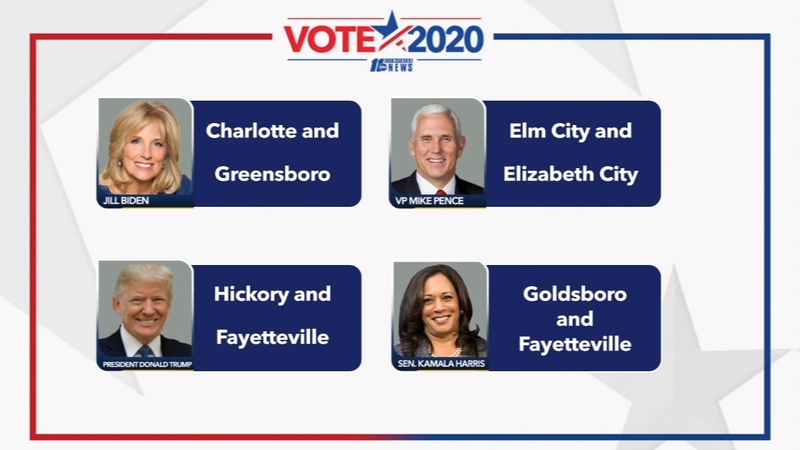 HICKORY, N.C. (WTVD) -- President Donald Trump will be in North Carolina on Sunday and Monday as his campaign continues to pursue crucial votes in battleground states.

Trump and Vice President Mike Pence have been in the Tar Heel State plenty in the weeks leading up to the election in an effort to clinch reelection. On Sunday, the 45th president will speak at a "Make America Great Again Victory Rally" at the Hickory Regional Airport in Catawba County.

Trump is scheduled to speak at 5:30 p.m. on a busy day in which he'll also fly to key swing states Michigan, Iowa, Georgia and Florida. Trump met with military members at Fort Bragg on Thursday before having to postpone a rally in Fayetteville due to high winds. The Fayetteville event was moved to Monday at 11:30 a.m., when Trump will be joined by his wife, Melania.