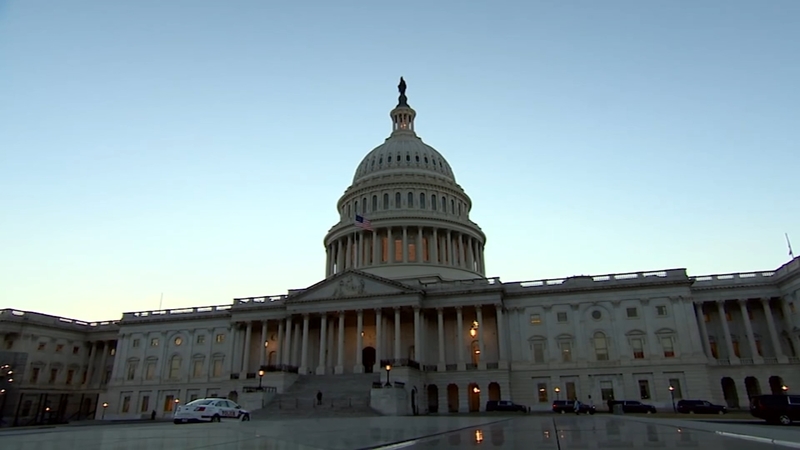 RALEIGH, N.C. (WTVD) -- In this state that President Donald Trump put in his win column in 2016, he was counting on a passionate defense from North Carolina's Republican Congressional delegation during Wednesday's impeachment debate -- and they delivered.

There are 10 Republicans and three Democrats representing the Tar Heel state. All of them voted with their party.

RELATED: Trump impeached by House for abuse of power, obstruction of Congress

They made history on Capitol Hill in one marathon of a day -- Democrats and Republicans, taking turns, making their case for and against President Trump.

"Enough is enough!" said Wilson Democrat G.K. Butterfield. "We must protect our Constitution, our democracy. I will vote today to refer serious charges against President Trump and deliver the charges to the Senate for trial."

Democrats called the occasion a sad and somber day -- making President Trump just the third American president ever to be impeached.

But Benson Republican David Rouzer echoed Trump's loudest defense -- that the whole ordeal is a witch-hunt.

"This is an impeachment based on hearsay and speculation reached in a deep-seated hatred for a man many of my colleagues on the other side detest," Rouzer said.

The president's defenders insisted he'd done nothing wrong -- that his phone call with Ukraine's president wasn't part of a pressure campaign and his refusal to cooperate with the Congressional investigation was not obstruction.

Winston-Salem Republican Virginia Foxx said, "These empty baseless articles expose for the American people what this is: a desperate partisan attempt to avenge the loss of the Democrats' preferred candidate in 2016."

Today will be remembered as the day your House Democrat majority voted to impeach President @realDonaldTrump for a crime they couldn’t find and a case they couldn’t prove.

You won’t forget. And neither will we.

The fiery debate and the final votes, largely along party lines, exposed the nation's deep divide over impeachment.

"The evidence is clear," Price said. "It's up to Congress, the first branch of government, to apply the remedy that the Constitution prescribes. With this vote, we affirm that no one, including the president, is above the law."

Immediately after history was made in Washington, reaction to Trump's impeachment came in fast and furious.