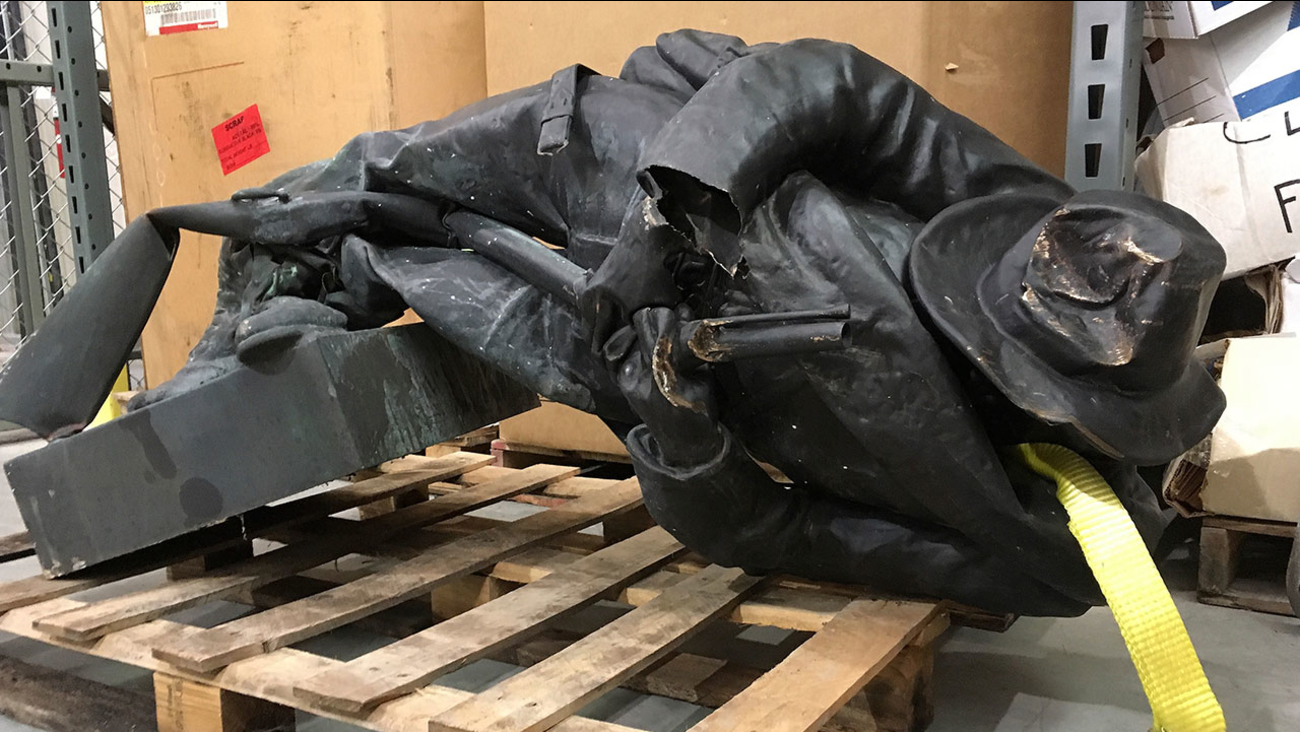 A damaged nearly century-old Confederate statue lies on a pallet in a warehouse in Durham, N.C. on Tuesday, Aug. 15, 2017. (Allen Breed/AP Photo)

WASHINGTON (WTVD) -- President Donald Trump has tweeted that he is siding with folks who want to preserve Confederate monuments across the U.S.


Sad to see the history and culture of our great country being ripped apart with the removal of our beautiful statues and monuments. You.....

The president waded back into the racially charged monument debate on Twitter, bemoaning 'history and culture being ripped apart.'


...can't change history, but you can learn from it. Robert E Lee, Stonewall Jackson - who's next, Washington, Jefferson? So foolish! Also...

...the beauty that is being taken out of our cities, towns and parks will be greatly missed and never able to be comparably replaced!

On Tuesday in the wake of the Durham Confederate statue toppling, Gov. Roy Cooper announced in an online op-ed that he was in favor of the state's Confederate monuments coming down.