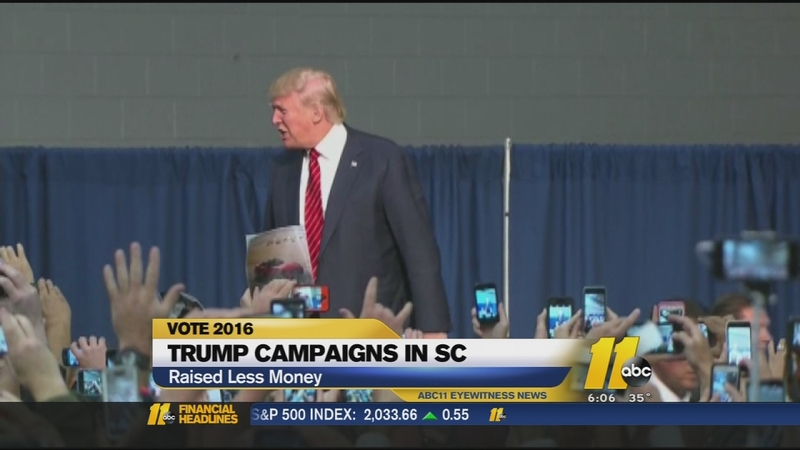 ANDERSON, S.C. (WTVD) -- Donald Trump speaking in front of an enthusiastic crowd of thousands in Anderson, South Carolina on Monday.

Financial disclosure reports filed with federal regulators last week show that Trump has been powering his campaign with tens of thousands of small-dollar contributions, despite vowing early on to self-fund his campaign.

His supporters have also launched several super PACs that can raise unlimited funds to support his bid.

Still, he has raised and spent significantly less than many other candidates including former Florida Governor Jeb Bush.