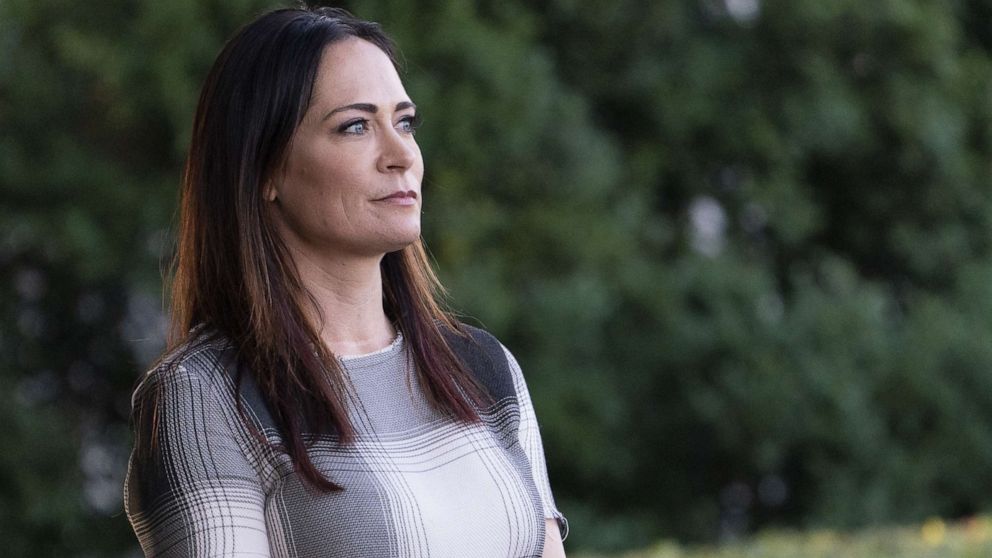 ABCNews
By JORDYN PHELPS
Wednesday marks six months since a White House press secretary last came to the podium in the briefing room to field questions from reporters in a traditional format and the Trump administration has no plans to resume the daily and sometimes combative encounters with the White House press corps.

"President Trump communicates directly with the American people more than any President in history. The fact that the White House Press Corps can no longer grandstand on TV is of no concern to us," White House press secretary Stephanie Grisham said in a statement to ABC News.

In previous administrations, regular press briefings have been a centerpiece of the White House communications operation by which the White House both advances their public messaging and engages in a a regular exchange of information with the media on the pressing issues of the day.

But in the Trump White House, President Trump has done away with the regular press briefings that became a news spectacle under his first press secretary, Sean Spicer, and became increasingly infrequent under his second press secretary, Sarah Sanders, who was the last Trump press secretary to brief in the James Brady briefing room on March 11.

Sanders departed the White House in the summer, and since being succeeded in the job by Stephanie Grisham at the end of June, there has not been a single on-camera briefing or on-camera gaggle by the White House's top communications official. Beyond the traditional press briefing, Grisham has granted only one TV interview, with conservative commentator Eric Bolling of Sinclair Broadcast Group.

A White House official said that Grisham will likely do more interviews in the months ahead but noted that she has her own style to approaching the job as press secretary, which is one of three hats she wears at the White House. Grisham also fills the role of White House communications director and continues to manage communications for first lady Melania Trump.

Traditional press briefings aside, President Trump also frequently engages with reporters directly in impromptu gaggles on the South Lawn of the White House before departing on his presidential chopper and during pool sprays of White House events.

The informal question and answer sessions do afford the media with regular opportunities to engage directly with the president, but the frequently brief and fast-moving nature of the gaggles make it easy for the president to pick-and-choose which questions he answers and to ignore follow-up questions he might not want to answer. The format also makes it difficult for reporters to question the president on substantive policy issues.

In addition to the president's direct engagements with the media, some White House officials will also hold informal gaggles with the media on the driveway outside the West Wing following television interviews. The White House has also hosted an occasional on-camera briefing with senior officials and members of the Cabinet.