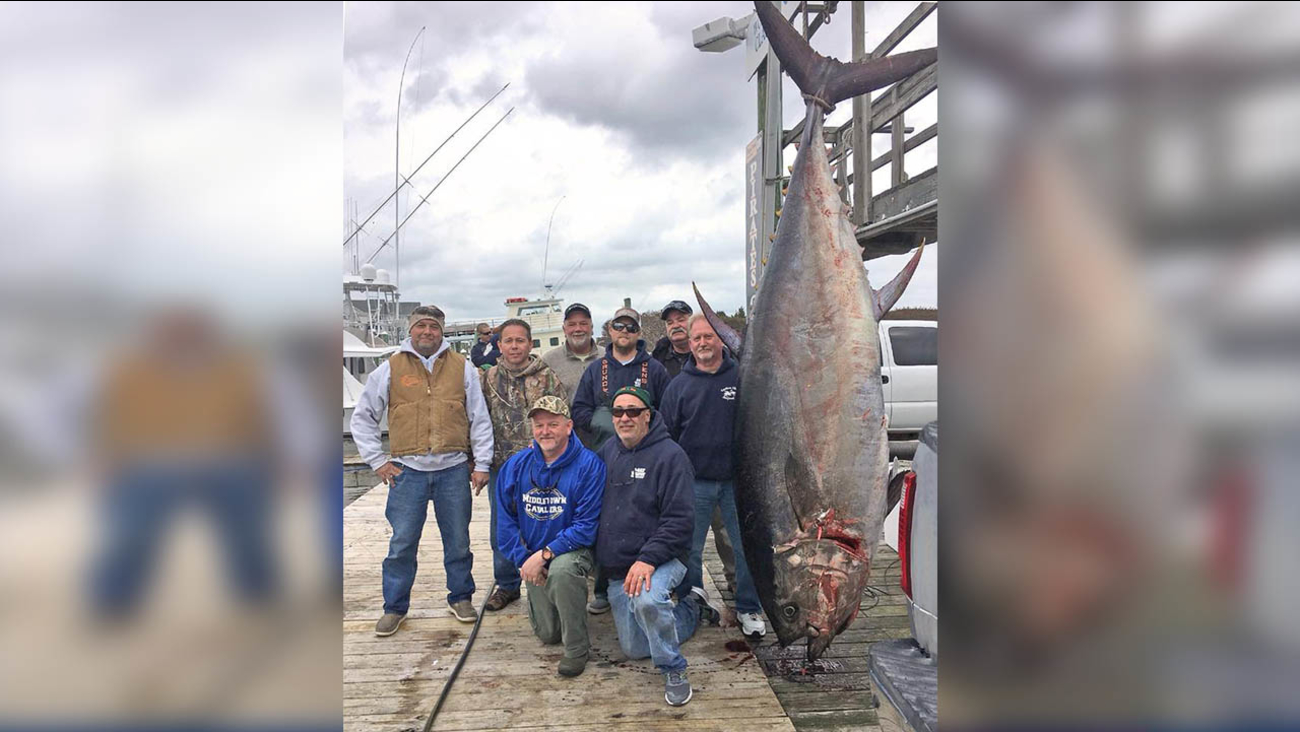 MANTEO, N.C. -- A retired army general from Delaware is making records. Scott Chambers put his name in the North Carolina record book Monday, after reeling in a massive 877-pound Bluefin tuna off the coast of the Oregon Inlet.

According to the NC Department of Environment and Natural Resources, the giant tuna measured 113 inches curved fork length and had a girth of 79 inches.

Officials said the man using trolling dead bait on 130-pound line test on a 130 Shimano rod and reel aboard a charter boat fishing out of Pirates Cove Marina in Manteo to reel in the historic catch.

It was also caught off the Oregon Inlet.