Turkey prices are up this year 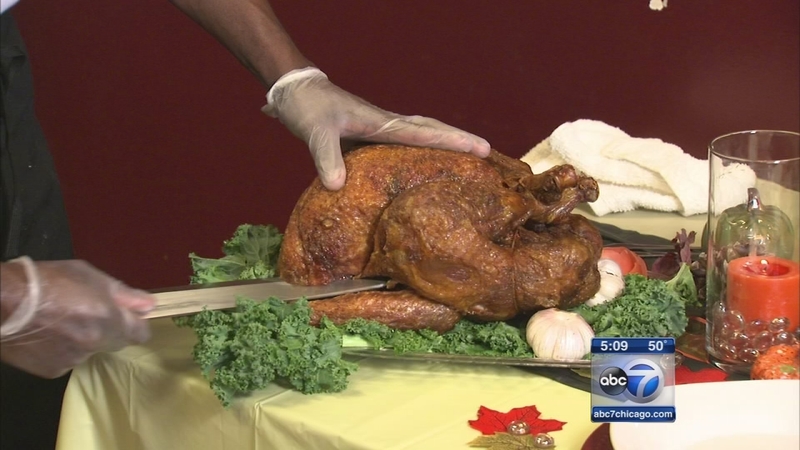 Turkey prices are up

It will cost you more to celebrate Thanksgiving with a traditional dinner this year because turkey prices are up.

Different grocery stores are handling the price increase in different ways - some are raising the prices and others are absorbing the extra cost.

Either way, turkeys are more expensive than last year because an outbreak of the bird flu wiped out more than 9 million turkeys this year.

"We'll have enough frozen and fresh birds for the season for sure," said Michael Sohovich, of Sunset Foods.

The shelves at Sunset Foods in Highland Park are stocked with turkeys, but because there was less of a supply to meet the demand, it cost the store about 20 cents more per pound for each frozen turkey.

However, their customers will only have to dig a little deeper into their wallets for fresh turkeys.

"We try and absorb the cost so it doesn't pass on to the consumer," said Michael Wilson, of Sunset. "Our prices have relatively stayed the same for the last 9 years."

"I don't think any consumer would not like that," Miller said.

Every grocery store is handling it differently.

One average, frozen turkeys are selling for between roughly 79 and 99 cents a pound. Fresh whole birds are around $2 a pound.

While there's no alarm that stores will sell out of turkey before Thanksgiving, shoppers are encouraged to buy their birds early.

For now, the biggest impact of the bird flu has been on the deli counter with dwindling supplies of turkey lunchmeat.

"Say we ordered 20 cases of assorted lunchmeat of turkey products, we're getting like five," Wilson said.

Despite the bird flu outbreak, there are no health concerns about the birds that make it to stores. Turkey farms are expected to be re-stocked by December.