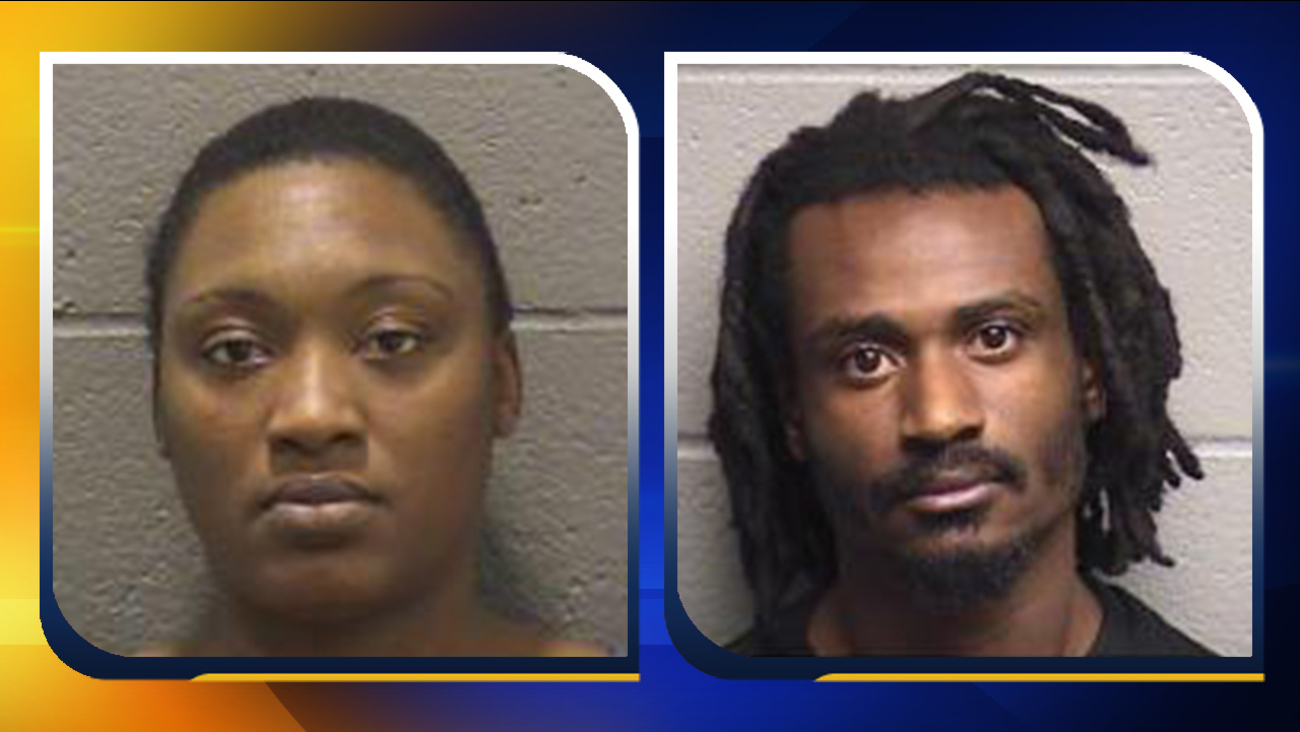 DURHAM (WTVD) -- Durham police have arrested two people in connection with an armed robbery that occurred Sunday night, while a third suspect remains on the loose.

Around 9 p.m., officers were called to the Triangle D Food Mart in the 400 block of Trinity Avenue.

Officers said one suspect fired a shot into the floor of the store during the robbery but no one was injured.

The suspects fled in a gray car with New York tags. The car was later spotted in the parking lot of Hardee's at 3912 North Duke St.

The front passenger jumped out of the car but the other occupants remained inside, officers said.

Police are still searching for that suspect, adding that the car was reported stolen on November 18.

Beavers was also charged with possession of a stolen motor vehicle.

Powell was also charged with failure to appear in court on an earlier charge of hit-and-run.

Beavers was placed in Durham County Jail under a $300,000 bond and Powell was booked under a $284,000 bond.
---------------------
ABC11 has decided to slowly reduce the number of stories on the website that have a comments section. We believe very strongly that our audience should have an opportunity to discuss and debate events in our world, however, we have not been able to moderate the comments as well as we would like. Instead of hosting a platform that could allow a few loud and ugly voices to dominate a conversation, we want to encourage everyone to join us on our social media platforms and speak out there. Facebook: facebook.com/ABC11 Twitter: twitter.com/ABC11_WTVD
Report a correction or typo
Related topics:
durhamdurham policerobberyarmed robbery
Copyright © 2021 WTVD-TV. All Rights Reserved.
More Videos
From CNN Newsource affiliates
TOP STORIES