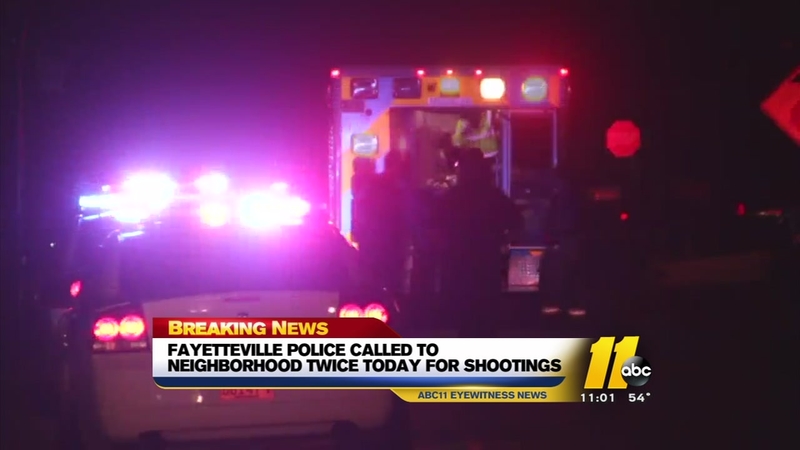 FAYETTEVILLE (WTVD) -- Two shootings on the same street have rattled residents in a Fayetteville neighborhood. Police said the two shootings do not appear to be connected.

Earlier Thursday evening, police say a man was outside his home when a gunman opened fire. At this point, police don't know whether the gunman was in a vehicle or on foot.

Police say two homes were hit by bullets. This section of Catalpa is closed while officers look for clues and evidence. They say they don't have a positive ID on any suspects or a motive.

Police say that homeowner, who hasn't been yet identified, is in serious condition at Cape Fear Valley Medical Center.

In the earlier shooting, police say 31-year-old Timothy Lehman was shot twice as he broke into a home on Catalpa Drive.

Police say the homeowner, 58-year-old James Howard was not hurt, and is not facing any charges.

Police say Lehman will be charged as soon as he is released from the hospital.