Uber driver 'creeped out' after passenger shows up at his home 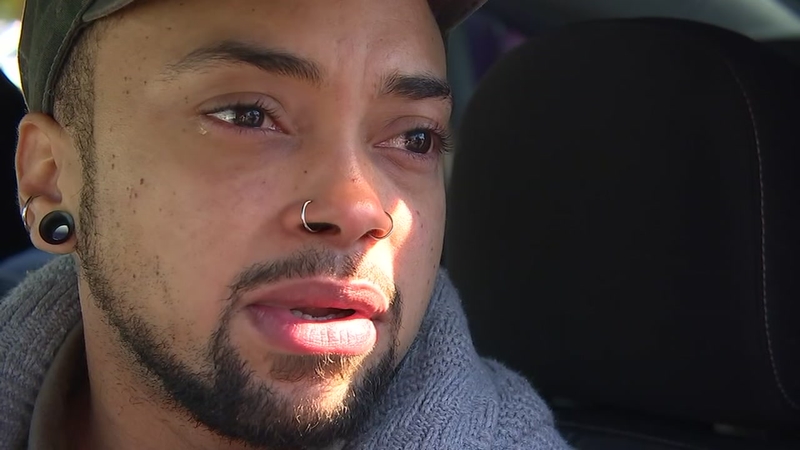 Uber driver 'creeped out' after passenger shows up at his home

ROCKY MOUNT, N.C. (WTVD) -- The ride-sharing company Uber is investigating a complaint from a Rocky Mount driver who claims a passenger found his personal information through its app.

Lee Green, an Uber driver for two years, said a rider named Steven showed up at his front door the morning after a late-night ride looking for a lost debit card.

"It's a complete invasion of privacy and my personal space," Green told ABC11. "It feels like being violated. It's a major violation and it has me utterly creeped out."

According to Green, Steven explained he found Green's home by looking at the last known location of Green's vehicle on the Uber app. The ABC11 I-Team was able to confirm Steven's identity, but he would not return our calls. The I-Team also spoke to Steven's friends and coworkers, who said they heard the same explanation of how he got to Green's home.

Green said the passenger grabbed his debit card and left without incident. "There's a million and one ways this could have gone south. And he still now knows where I live."

When asked about the possibility of locating a Uber driver's prior routes and locations, a spokeswoman for the company said it's never heard of such a case and she maintains it's "highly unlikely" a rider can access such information on the app, and that "there's no way" to track a specific Uber vehicle unless the rider was currently on a paid trip.

On its website, Uber details extensive protections for both drivers and passengers.

One page, called Commitment to Safety, said "More than 200 Uber employees, from researchers and scientists to designers and engineers, are focused on building technology that puts safety at the heart of your experience."

Uber said it will reach out to both Green and the passenger. Green is also filing a police report.
Report a correction or typo
Related topics:
rocky mountsafetyiteamuber
Copyright © 2021 WTVD-TV. All Rights Reserved.
ITEAM
How do vaccines impact an area's risk for COVID-19?
Dozens of NC families await news on missing heroes
Watch out for scammers posing as your favorite Instagram accounts
Schools need millions to fix HVACs: What it means for COVID transmission
TOP STORIES
Biotech company Amgen to create 355 jobs in Wake County
LATEST: Some vaccine sites in NC to offer $100 cash cards
At least 20 shots fired in shooting outside Wendy's in Carrboro
2021 hurricane season starts quiet after record-setting 2020
US hits 70% vaccination rate -- a month late, amid a surge
NY Gov. Cuomo sexually harassed multiple women: Probe
Show More
Some used cars currently cost more than their newest models
WCPSS needs more school bus drivers
Officer dead after burst of violence outside Pentagon
Wake school board to vote on mask mandate
These 2 states made up 1/3 of all US COVID cases this past week
More TOP STORIES News