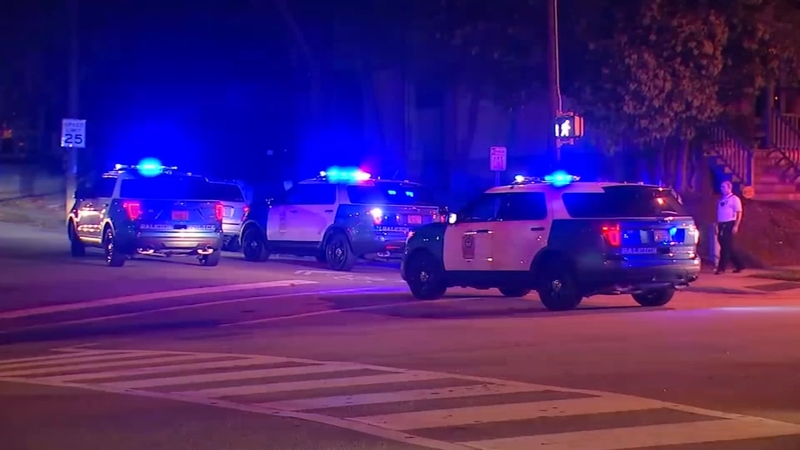 RALEIGH (WTVD) -- An Uber driver was injured when shots were fired at her SUV in Raleigh on Monday morning and police are still looking for the shooter.

Raleigh Police Department said a woman was driving for Uber on Hill Street near New Bern Avenue when bullets hit her SUV around 2 a.m. The woman was shot "on the top of the head" while dropping off a passenger, according to police.

The woman was taken to the hospital. Police are still investigating.

"What police are reporting is very concerning and we've reached out to check on both the driver and the rider's well-being. We'll work with law enforcement to help with their investigation." Uber said in a statement to ABC11.
Report a correction or typo
Related topics:
raleighcrimeshooting
Copyright © 2022 WTVD-TV. All Rights Reserved.
SHOOTING
Third arrest made in Black Friday shooting at Streets at Southpoint
2-year-old accidentally shot himself in Harnett County
2-year-old shot in Harnett County while sitting in car with mother
Deputies investigate shooting at Harnett County home
TOP STORIES
Cooper 'more concerned' about this winter storm than the last one
Winter storm likely to hit east of I-95 hardest
Schools in Wake, Durham counties to close Friday
Flavor District, Triangle's largest 'ghost kitchen' to open in fall
American Airlines flight diverted over maskless passenger
Only one monoclonal antibody treatment is effective, NIH says
Florida doubles down on anti-critical race theory legislation
Show More
LATEST: Governor says focus on vaccines, testing -- not mandates
Jury selection begins in federal trial over George Floyd's death
'We can't get any more': Stores struggle to restock shelves
Essentials to keep in your car during winter storms
FBI issues new warning on QR codes
More TOP STORIES News