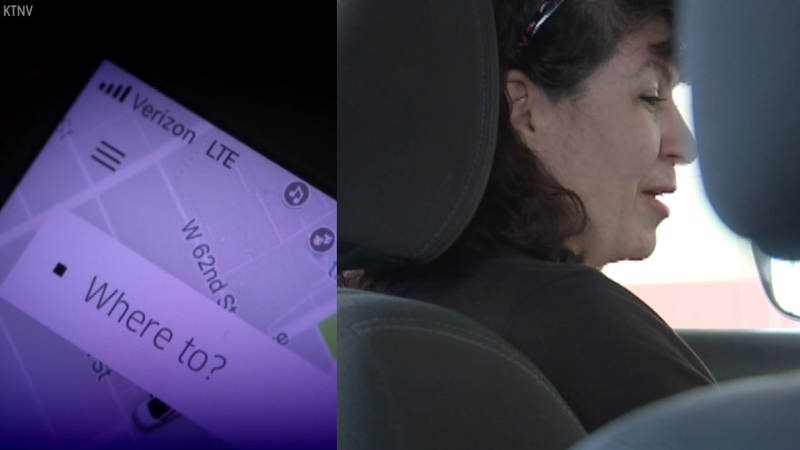 An Uber driver and passenger feared for their lives after they were carjacked at gun point in an ordeal that crossed state lines.

Driver Donnelda Schuele picked up her first passenger in Las Vegas while driving an Uber Pool, a service that groups several customers who are on a similar route. She then picked up her second customers, a man and a woman, who sat in the back seat.

After some time, the man pulled a gun on Schuele and demanded that she keep driving. She then started driving on the freeway towards Arizona.

Schuele said the man shot the gun through the floor of the car and pistol whipped her other passenger sitting in the front seat.

"He had hit him on the head with the gun and cracked him really good at the back of his skull," Schuele told KTNV.

She said the man also shot outside the window several times, hitting a commercial truck.

Schuele and the other passenger were eventually ordered to leave the car near the Hoover Dam, where they were able to get help.

Arizona troopers told KTNV that the suspects led them on a pursuit driving southbound on State Route 93. They tried to flee after crashing into another vehicle but were caught in Arizona.