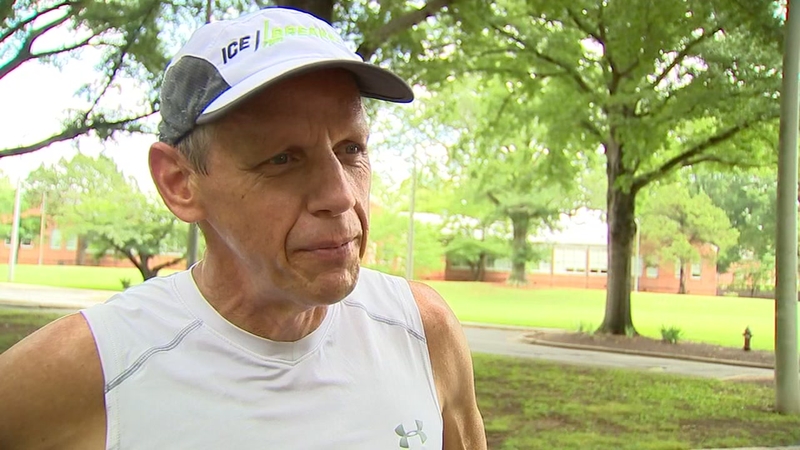 RALEIGH, N.C. (WTVD) -- Serious runners hit the road daily, and we see them out there in all kinds of weather.

Some of them run for fun, while others train for competitive events like marathons. They're motivated by the possibility of awards or achieving personal bests. But one man who ran multiple three-mile loops through Dix Park Sunday told us he's really running for his life.

He's now free of dependence on intoxicants that used to control him.

That's why Charlie Engle, author of the memoir "Running Man," spent much of the day running with a rotating cast of supporters. It's twenty-six hours on the road for a very good reason, he says.

"To celebrate my 26th year of being clean and sober. It's an unusual way to celebrate but for me, running was a lifesaver. Literally!" he exclaimed.

Engle knows there are people out there who need some encouragement as they struggle with their own demons. He hopes they see him or hear about the action he took, so he can "show those people that are still out there struggling that there is another way."

The choice of Dix Park for his ultramarathon was intentional, since a recovery facility's located there.

"We're doing this three mile loop out here around Healing Transitions, which is this amazing center here in Raleigh," he said.

Engle has got advice for people who want to change their lives for the better: Get moving.

"Just go for an hour long walk, 30 minutes out and 30 back. If you make that a habit two or three days a week, it's amazing how quickly your life will transform," said Engle.

Engle also has plans for his next awareness raising activity.