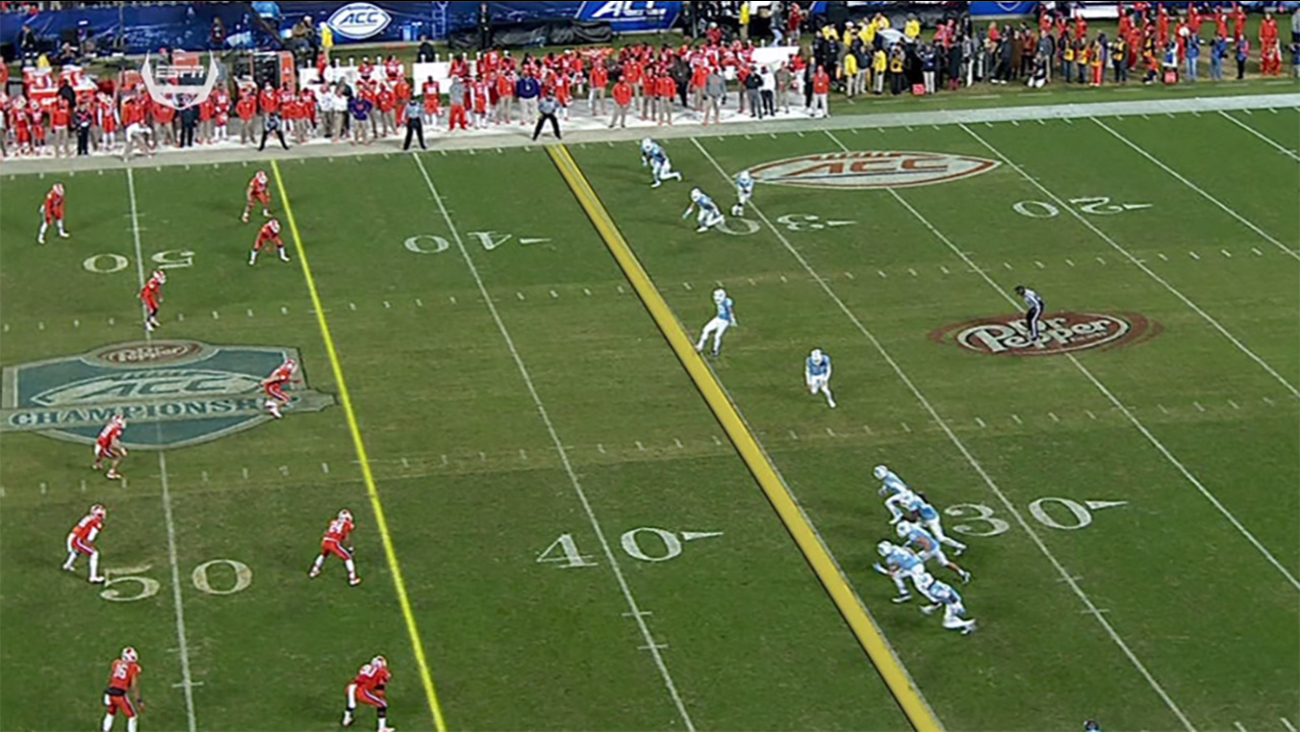 CHARLOTTE (WTVD) -- Late in the 4th quarter, it looked like UNC had a chance to come back and claim the ACC Championship.

After a quick touchdown score from quarterback Marquise Williams to Ryan Switzer, UNC cut the Clemson lead to 8.

With a little over a minute left in the game, the Tar Heels looked like they recovered an onside kick.

UNC was called offsides -- a controversial call, sparking outrage from many.

The Tar Heels had to kick again. Clemson recovered and ran out the clock, claiming their first title since 2011.

Fans took to social media after the game to show their displeasure.

Many used the hashtag #ACCRefs which has become popular whenever there is a controversial call.

Can’t think of a worse call than the offsides by #ACCRefs. And I’ve seen a lot.

So @DukeU and @UNC both have felt the wrath of @theACC referees now! The year of the #ACCRefs

Plz tell me is there something I'm missing?!? #accrefs #fixed pic.twitter.com/4jqnPD1b1M

There better not be an ACC officiating crew anywhere near the playoffs. #ACCrefs #terrible

Just walked into work, and I was whistled for offsides #ACCRefs

UNC head coach Larry Fedora also didn't agree with the call. "I had a chance to look at it and they missed it," he said. "They were wrong. That's all I'm going to say about it. They were wrong."

In a statement, the ACC said that the play could not be reviewed.