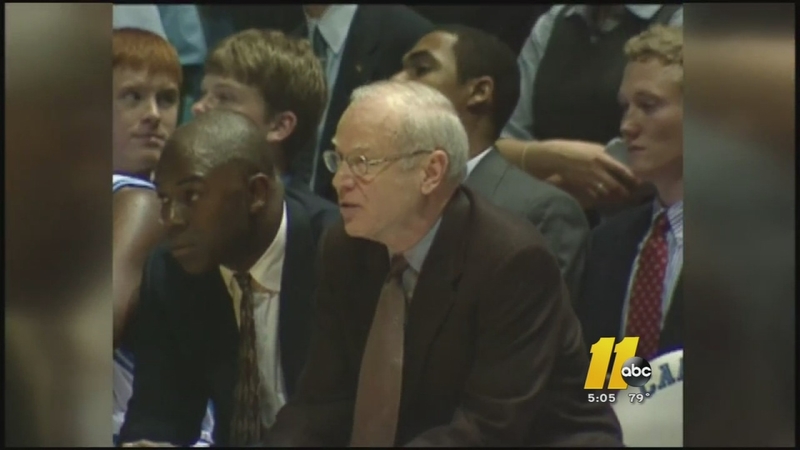 According to UNC, the 77-year-old passed away Tuesday evening. UNC said Guthridge, who had been dealing with a heart condition for the past seven years, died of heart failure. 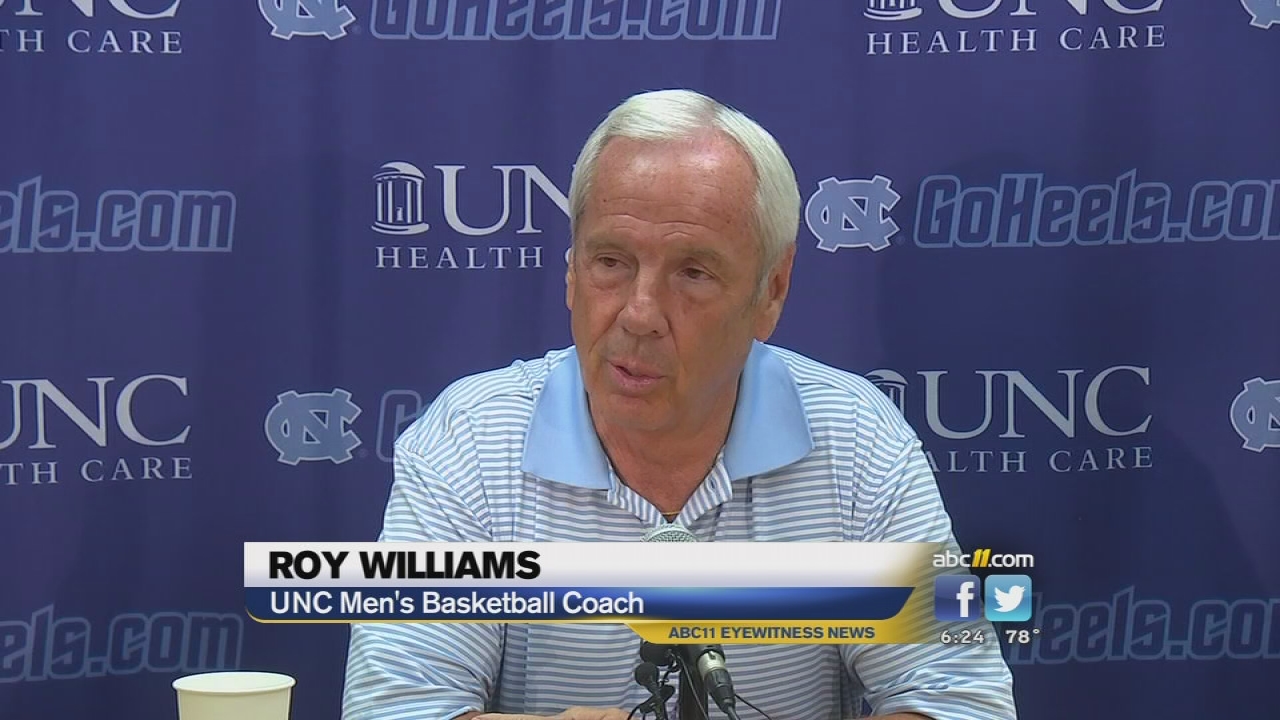 "Dicky Baddour called me this morning, I was traveling, that Coach Guthridge had passed away last night. It's another tremendous loss for our university, our basketball program and our entire community," said UNC head coach Roy Williams. 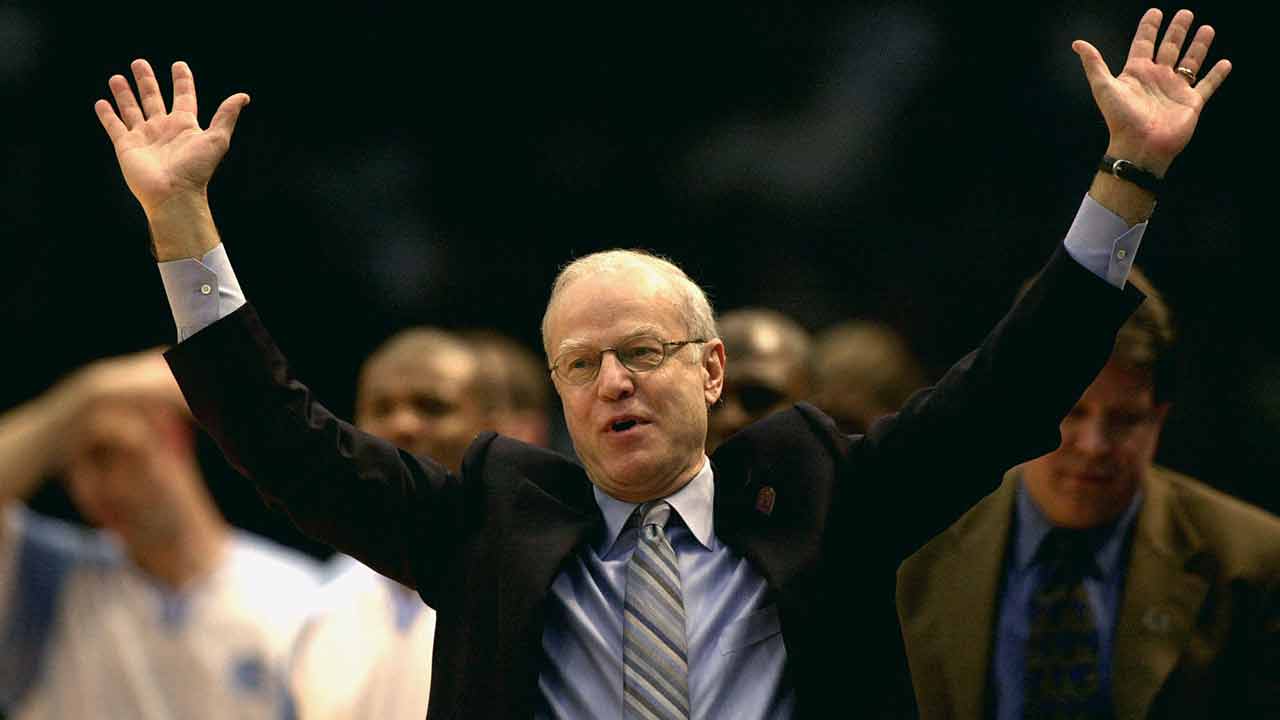 Guthridge was the head coach of the Tar Heels for three seasons following Dean Smith's retirement in 1997. Prior to that, Guthridge served as Smith's assistant coach for 30 years. He joined the UNC staff in 1967 after five years as an assistant at Kansas State.

"He was in the shadow. But that didn't bother him. He liked that spot," Williams said. "He didn't need the adulation. He didn't need to sit up here in front of the microphone and talk. He really enjoyed what he was doing. And he enjoyed it from a personal basis more so than he cared how someone would view him. People in basketball really know how important he was."

Guthridge played or coached in 14 Final Fours, more than any person in NCAA history. That includes two as a head coach at Carolina, 10 as a Tar Heel assistant coach, and one each as a player and assistant coach at his alma mater, Kansas State.

Sad news. Former UNC Coach Bill Guthridge passed away last night at age 77 w/ family at his side. 33 yrs on UNC bench. In our prayers.

He was the consensus National Coach of the Year in 1998. The longtime assistant retired in 2000.

Guthridge was inducted into the North Carolina Sports Hall of Fame in 2013.

Statements from the basketball community:

Former UNC player Antawn Jamison
I'm extremely saddened by the passing of Coach Guthridge, aka 'Coach Gut,' especially coming so close to the loss of Coach Smith. He, like Coach Smith, was more of a mentor and father figure than anything else. His legacy and contributions to my life and to our University will live on and he'll be much more remembered for his sense of humor and class just as much as his coaching.

UNC Director of Athletics Bubba Cunningham
Bill Guthridge was a gentlemen coach, but a fierce competitor, and an incredibly loyal member of Dean Smith's staff for three decades. When it was his turn as head coach, he immediately won an ACC championship and took two teams to the Final Four. I learned very quickly when I came to Chapel Hill how beloved and respected he was by people all across this community. His loss is deeply felt by our university and the basketball world. Our condolences go out to his family and friends.

Duke Coach Mike Krzyzewski
It has been a trying time for the University of North Carolina basketball program over the past four months and our thoughts and prayers are with them again today after the passing of Bill Guthridge. Coach Guthridge played an instrumental role in the program's success as an assistant under Dean Smith for three decades before making his own name as a head coach in leading North Carolina to a pair of Final Four appearances in three seasons. Though he was a head coach for a short time, he gracefully carried on a culture and legacy that many thought could not be perpetuated. We offer our deepest sympathies to his Bill's family, friends and the entire North Carolina basketball community.

Former UNC Director of Athletics Dick Baddour
Bill was one of the most respected and admired people I have known. If you played for him you loved him; working with him was a joy. The University of North Carolina has lost a dear friend, as have I, and I know that we will all miss him greatly.

ACC Commissioner John Swofford
Bill was uniquely special. He was a kind soul with a strong, competitive spirit. A relatively quiet man with a wonderful and dry sense of humor. A tremendously loyal person with an ego that was seemingly non-existent. I don't think I have ever heard of anyone that didn't like and respect Bill Guthridge. Just a really good man who made Carolina, the ACC and college basketball better.

Report a Typo
Related topics:
sportschapel hill
Copyright © 2022 WTVD-TV. All Rights Reserved.
TOP STORIES
LIVE COVERAGE: Winter storm arrives in NC
Why do we get freezing rain instead of snow or sleet?
How to drive on snow, ice and get out of a skid
Hostages in N. Texas synagogue 'out alive and safe,' Gov. Abbott says
Gov. Roy Cooper warns all to prepare now for winter weather
Man shot, killed by officer at Duke University Hospital
AMBER Alert canceled for missing Durham 9-year-old boy
Show More
Tsunami advisory issued for US after volcano explosion
Netflix raises subscription prices again
N95 vs. KN95 masks: What's the difference between them?
Lee County deputy shot, expected to recover
Questions arise at vigil for man killed on I-440 by Raleigh police
More TOP STORIES News