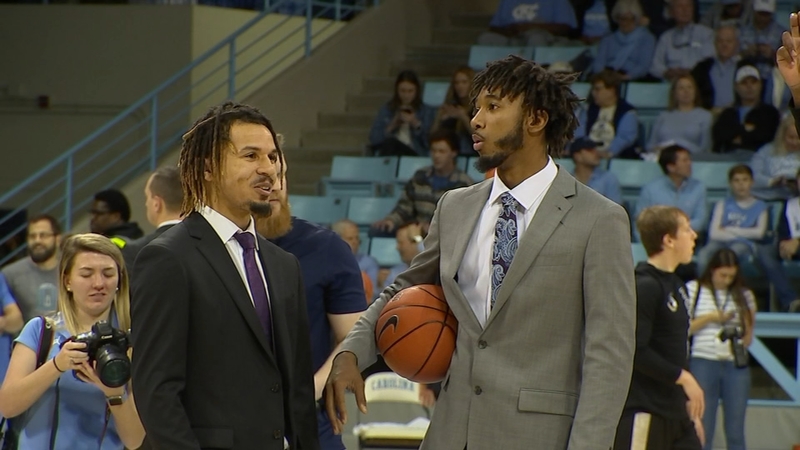 Sunday was supposed to be a celebration of the heritage of Tar Heel basketball, instead was just the latest humbling for a team that currently looks lost at sea.

Falling 68-64 to Wofford, their second home defeat to the Terriers in 3 years, dropped UNC out of the Associated Press Top 25 for the first time since February of 2014. It ended a streak of 106 straight weeks in the poll.

That of course is the least of Roy Williams' concerns. He's got a team that is not only hobbled by injury, but hampered by an acute inability to score.

This year's group has yet to score 80 in a single game and is averaging 68. As a team, they shoot under 40 percent from the field (29 percent from 3 and 63 percent from the line). It's unfathomable.
With Cole Anthony now shelved with a mystery knee condition and next best PG Leaky Black game to game with a sore ankle, it's hard to see things improving any time soon.

Especially with Gonzaga looming Wednesday in Spokane. The Zags are up to #2 in the latest poll. The schedule has been unforgiving, but this roster has also been under-performing.