Freshmen help No. 16 UNC pull away from College of Charleston 79-60 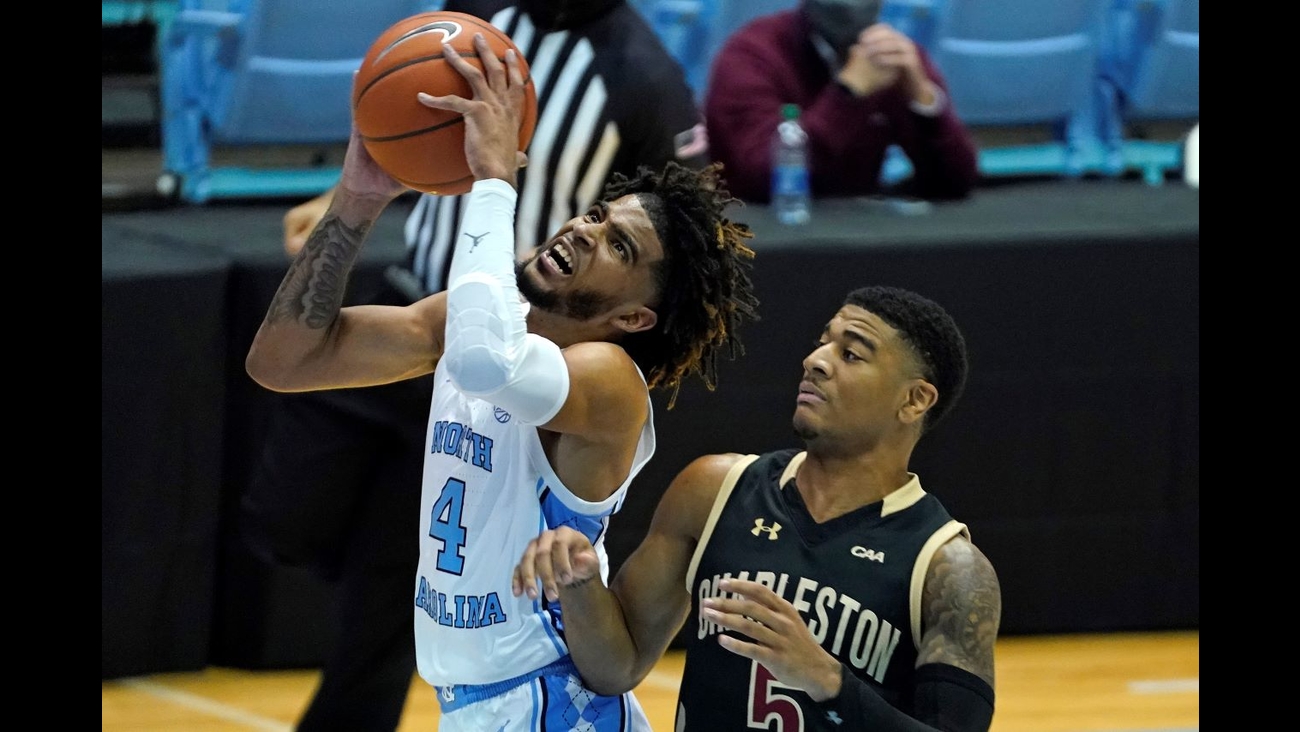 Fellow rookie Day'Ron Sharpe added 13 points and 10 rebounds for the Tar Heels, who shot just 39.4% but dominated the boards after halftime to finally pull away. They did it while playing at home with an unusual backdrop: with only a handful of family members and staffers scattered in a few sections of blue seats in the 21,750-seat Smith Center and pumped-in background crowd noise because of the coronavirus pandemic.

The Tar Heels are coming off a 14-19 season, marking the first losing record of Hall of Fame coach Roy Williams' career. They're hoping for a quick turnaround with a deep frontcourt and a roster boosted by the arrival of 247sports' No. 2-ranked recruiting class.

Those freshmen played a key role, with Love, Sharpe and RJ Davis scoring the first 12 points of the 17-0 run that turned a one-point deficit into a 59-43 lead on Armando Bacot's three-point play with about 10 minutes to go.

Brevin Galloway scored 15 points to lead College of Charleston, which overcame an 0-for-11 shooting start that left the Cougars down 14 in the first half. But they got within 39-32 by halftime, then took a 43-42 lead on Dontavius King's corner 3-pointer at the 15-minute mark before UNC made its move.

The Tar Heels return senior Garrison Brooks inside as the preseason Atlantic Coast Conference player of the year, but it was the youngsters who took a leading role on opening night. Love and Davis gave the Tar Heels two starting freshmen guards for the first time since the 2007 NCAA Elite Eight loss to Georgetown (with eventual NBA players Ty Lawson and Wayne Ellington). Meanwhile, the 6-foot-10, 265-pound Sharpe was an immediate interior presence.

The Tar Heels face UNLV on Monday as they open play in the Maui Invitational, which was relocated from its traditional Hawaii location to Asheville because of the COVID-19 pandemic.