CHAPEL HILL (WTVD) -- Stacey Robinson sat next to his daughter, UNC sophomore Delaney Robinson, as she came forward publicly this week with her accusations against a fellow student who she says raped and assaulted her on campus.

On Friday, Stacey shared with ABC11 the moment on that February day when he got the call from his daughter.

"She wanted me to come pick her up and she didn't say why," he recalled, taking a moment to catch his breath. "It was difficult when I got there and found out why."

He referenced the photo, now made public, of Delaney's bruised neck from the night she claims UNC junior linebacker Allen Artis raped her inside his on-campus apartment at Ram Village. The photo was taken at the hospital where she went alone to have a rape kit collected.

"Yes, I would've wanted to have been there for her," Stacey Robinson said. "But very difficult just to see what she looked like on that night with the bruises."

Delaney joined her dad Friday, sitting down with ABC11 for the first time since holding a news conference earlier this week. She referred to the alleged incident on Valentine's Day as traumatic, but said what happened in the seven months afterward led her to a point of frustration.

The final straw, as she called it, and what compelled her to go public was the interrogation video she and her attorney Denise Branch said they viewed when UNC's Title IX office closed its investigation, showing campus police questioning Artis.

"Laughed at how many phone numbers he received on that night that he raped me," Delaney said. "He was told 'rock on.' "

"In our case, it was a very one-sided process to see them spend as much time as they did investigating my daughter, and then to see them joke with her rapist -- it just infuriates me," Stacey Robinson said.

UNC Chancellor Carol Folt sent an email to the student body Friday backing the Title IX office and the UNC Department of Public Safety's handling of sexual assault cases, but the Robinsons accuse the university of mishandling Delaney's case.

"I was further victimized for seven months by the people that should keep me safe," Delaney said.

She took it upon herself to seek misdemeanor warrants against Artis this week. The following day, the student-athlete turned himself in on charges of sexual battery and assault on a female.

Artis, who was also suspended from the football team this week, was released on a $5,000 unsecured bond. 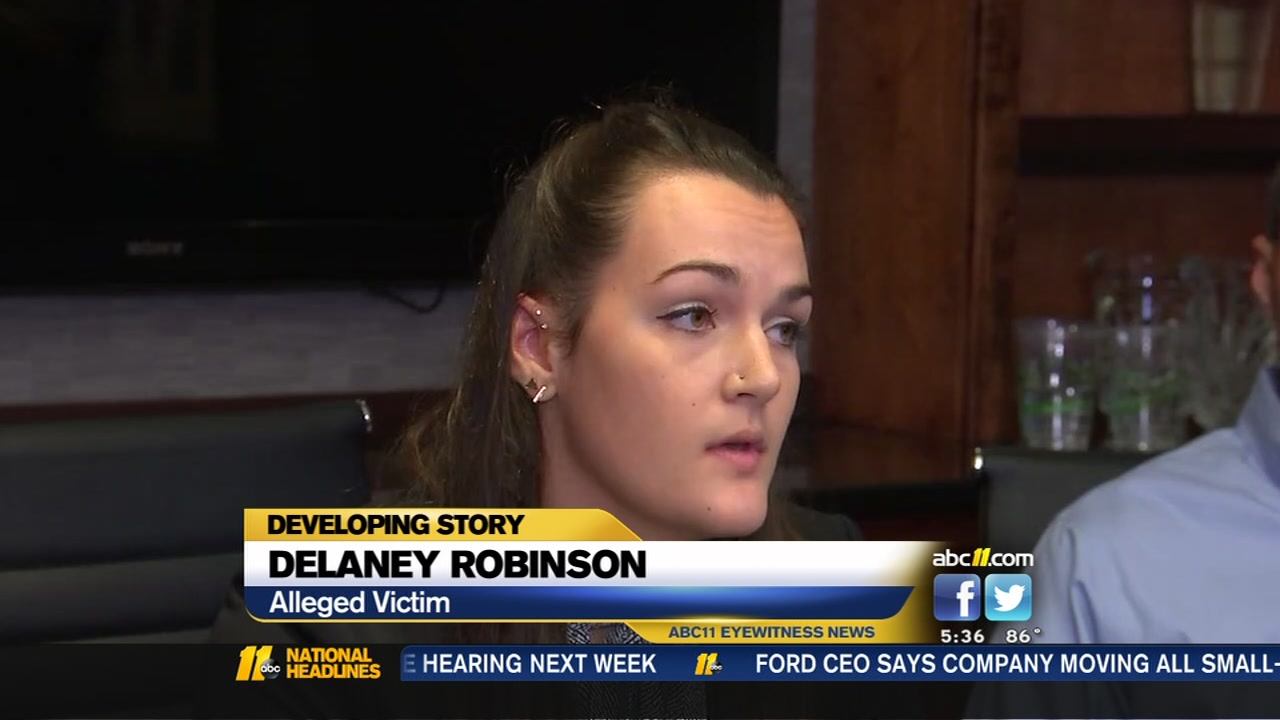 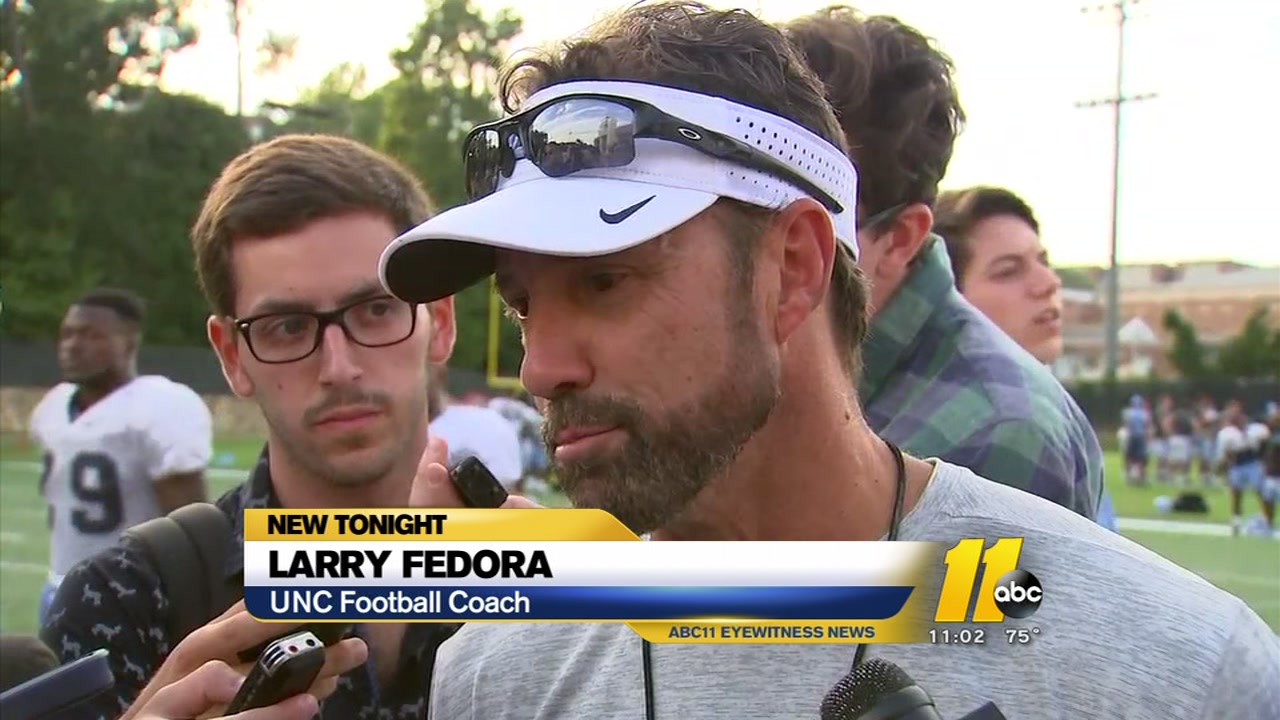 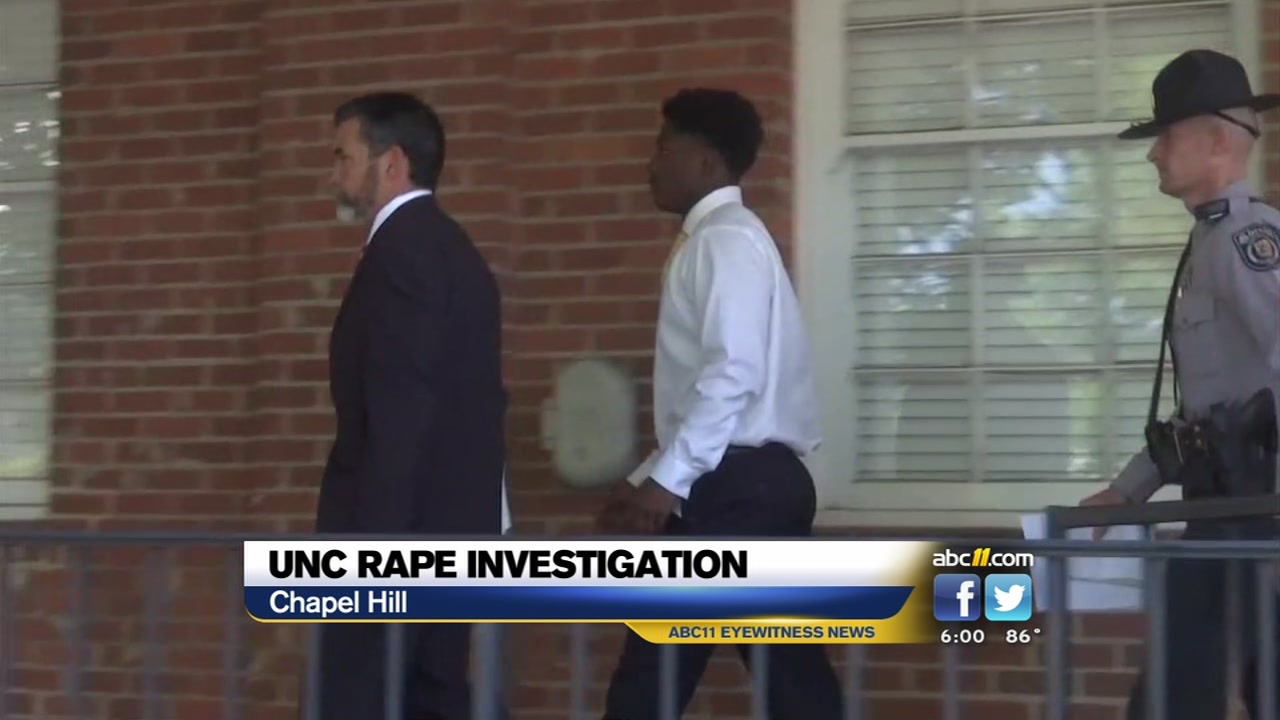 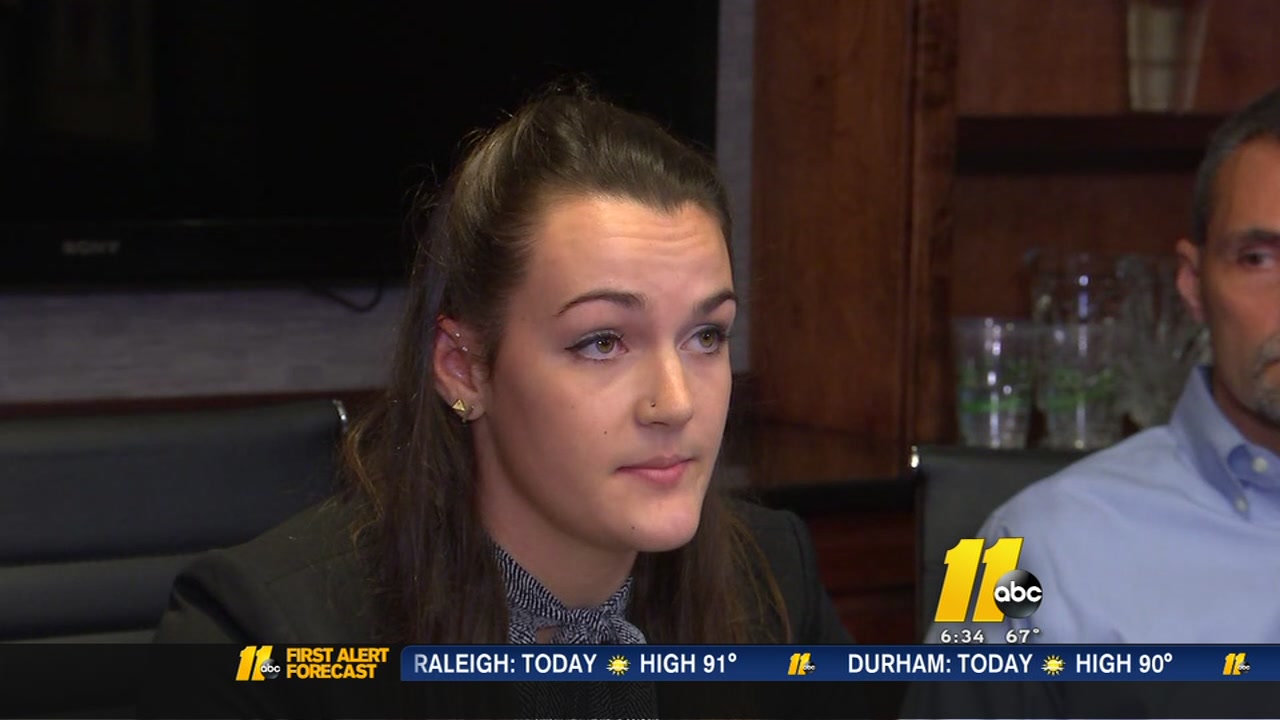