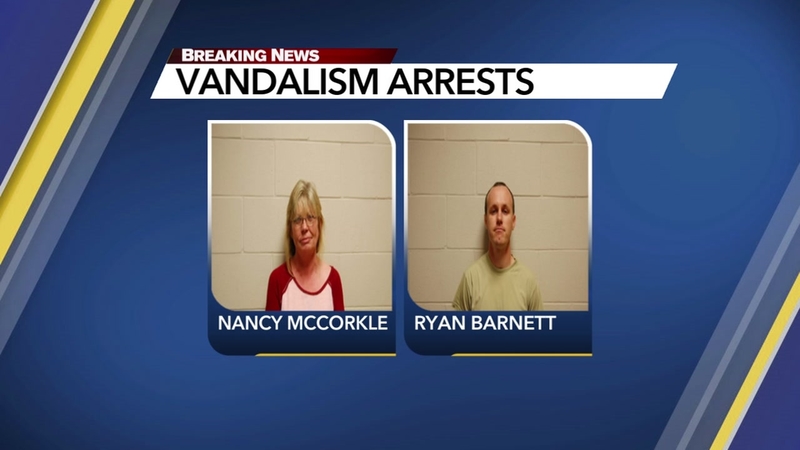 CHAPEL HILL, N.C. (WTVD) -- UNC-Chapel Hill police have arrested two people in connection with the vandalism of a campus monument to African-Americans who helped build the campus.

The pair is also charged with stealing a UNC flag and replacing it with a Confederate battle flag at the UNC system office.

UNC police say they are connected to a group called Heirs to the Confederacy.

The Unsung Founders Memorial at UNC was vandalized by racial slurs on March 31, according to police. An outdoor art installation near Hanes Art Center was also vandalized.