DURHAM (WTVD) -- The NCAA and the University of North Carolina at Chapel Hill are asking a federal judge in North Carolina to dismiss a lawsuit connected to the academic scandal involving Tar Heel athletes.

The lawsuit claims the NCAA has rules that prohibit academic fraud, but the NCAA failed to prevent fraud at member schools including UNC.

The suit draws on the Wainstein Report, which was released last year. It showed widespread academic fraud at UNC going back nearly 20 years. The report chronicled paper, or "no show" classes, that required little to no work by students and had little to no oversight by professors. The report also demonstrated how student athletes were steered into these classes to keep them eligible to play sports.

Now the NCAA wants a federal judge to dismiss the lawsuit, saying it did not owe the plaintiffs a duty to prevent academic fraud.

That's also the claim of UNC-Chapel Hill. The motion it filed says claims against the university are barred by the 11th amendment--prohibiting federal courts from adjudicating cases where one state is sued by someone from another state or country. 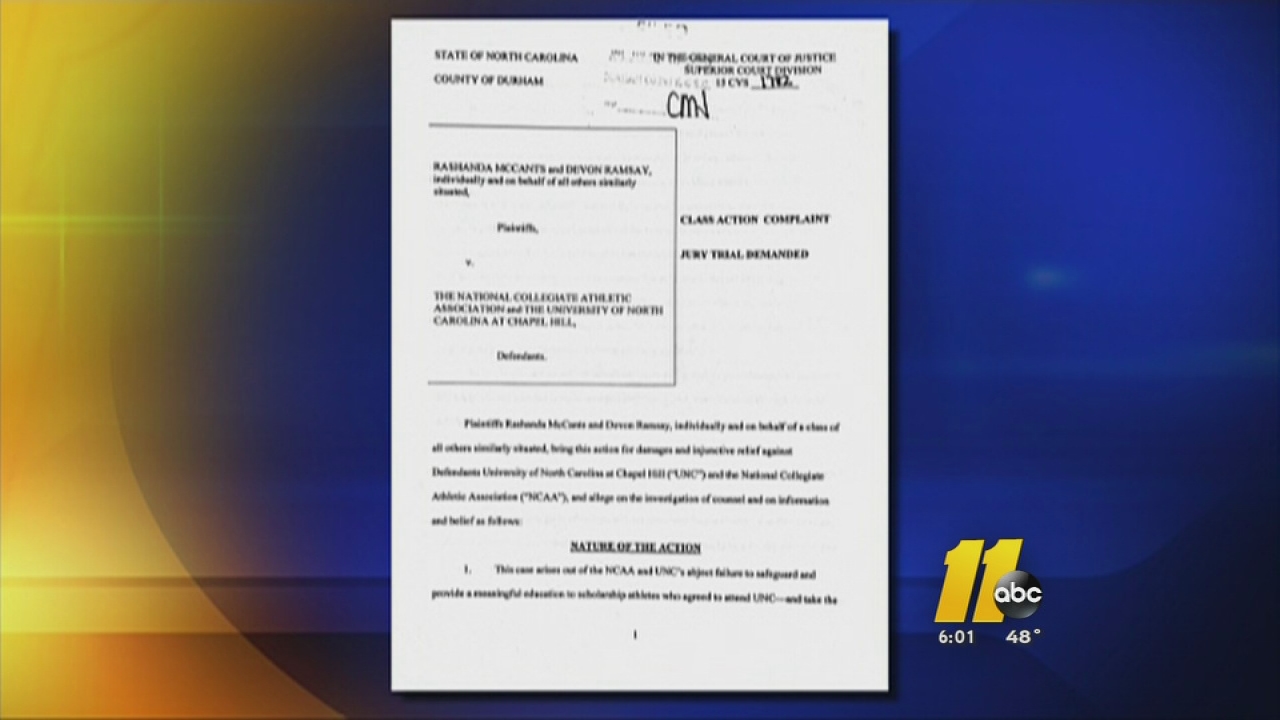