With Hatchell's 1,000th win in hand, UNC continues to focus on getting back to postseason 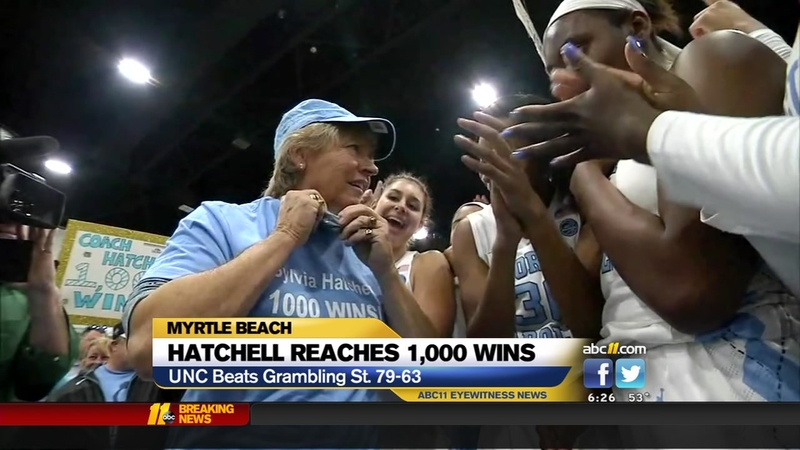 But two other words always come to mind: resilient and relentless. You could say that all three generally go together in high achievers, but the latter two are so much a part of Hatchell's story.

And those qualities are why it appears that the Tar Heels are "back" after two years of missing the NCAA tournament.

North Carolina is 10-2 this season following Tuesday's 79-63 victory over Grambling State in Myrtle Beach, South Carolina. It was a historic day for Hatchell and the program, but it was a fairly routine performance for this year's team, which has won eight games in a row.