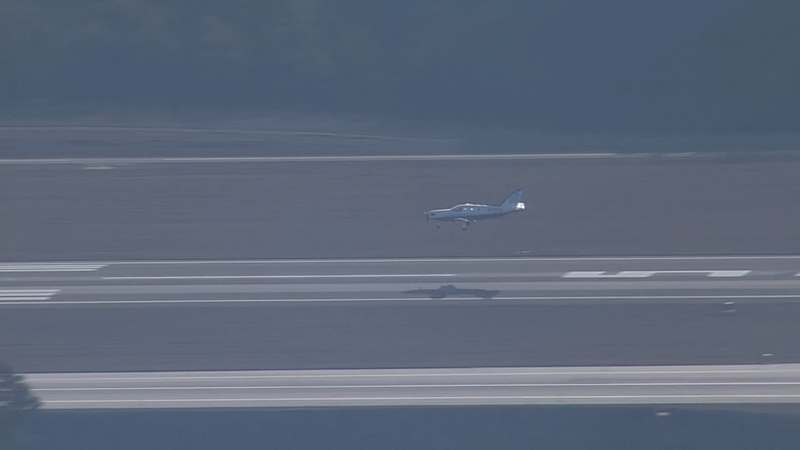 MORRISVILLE, N.C. (WTVD) -- The pilot of a plane that's part of the UNC Air Operations fleet showed he had a sense of humor, jokingly blaming the struggling Tar Heels' basketball team for a problem that forced an emergency landing at RDU on Tuesday morning.

Chopper 11 HD flew over the airport and watched as that single-turbo prop aircraft landed safely.

The crew reported a red light on the landing gear -- but was able to pump it manually and the gear came down -- making for a safe landing.

In the tower conversation, the pilot is heard saying "I think our basketball program got into our gear."