Black helps No. 14 UNC hold off Stanford 67-63 in Maui semifinals 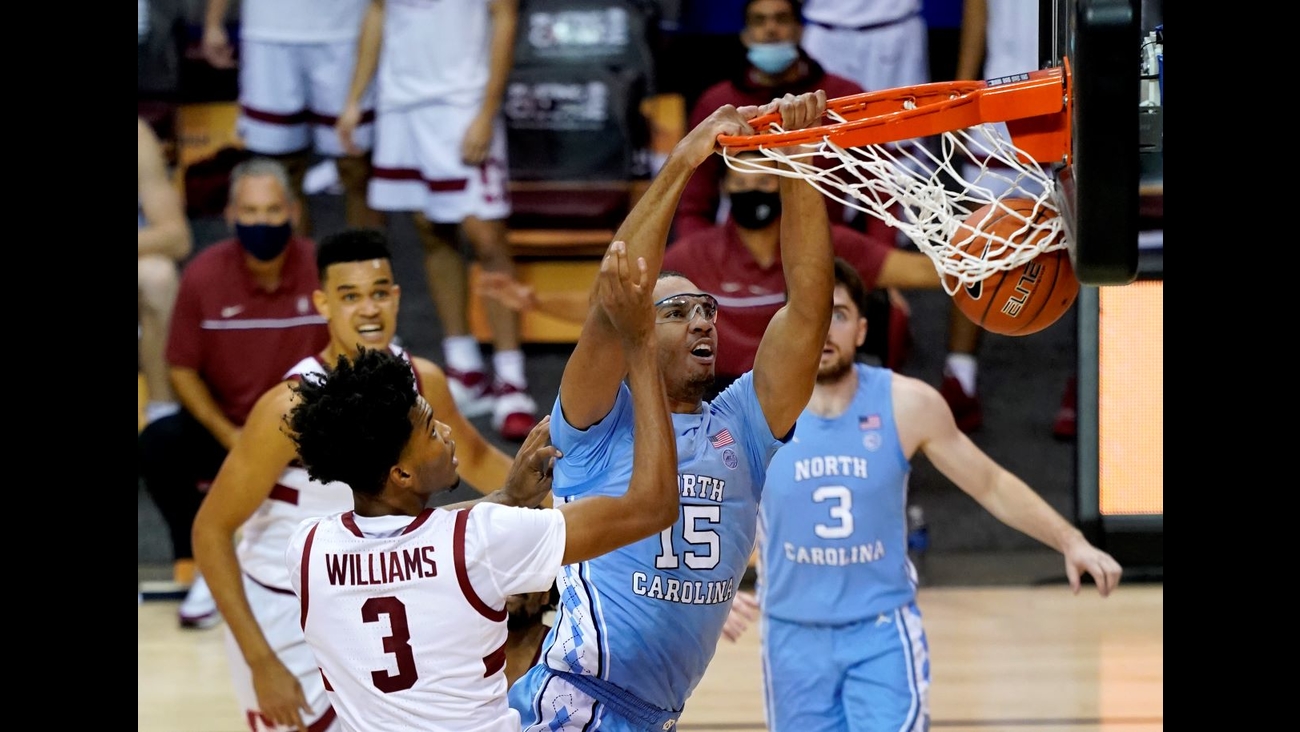 North Carolina forward Garrison Brooks gets a dunk past Stanford forward Ziaire Williams in the first half of the semifinals of the Maui Invitational on Tuesday in Asheville. (Kathy Kmonicek)

ASHEVILLE, N.C. -- Leaky Black and North Carolina spent last season struggling in late-game situations, fumbling away leads and failing to make a needed play at the most critical of moments.

Maybe the 14th-ranked Tar Heels have learned from that.

Black had a big driving basket at the 1:02 mark followed by a clinching free throw with 5.5 seconds left Tuesday to help UNC hold off Stanford 67-63, sending the Tar Heels to the championship game of the relocated Maui Invitational. 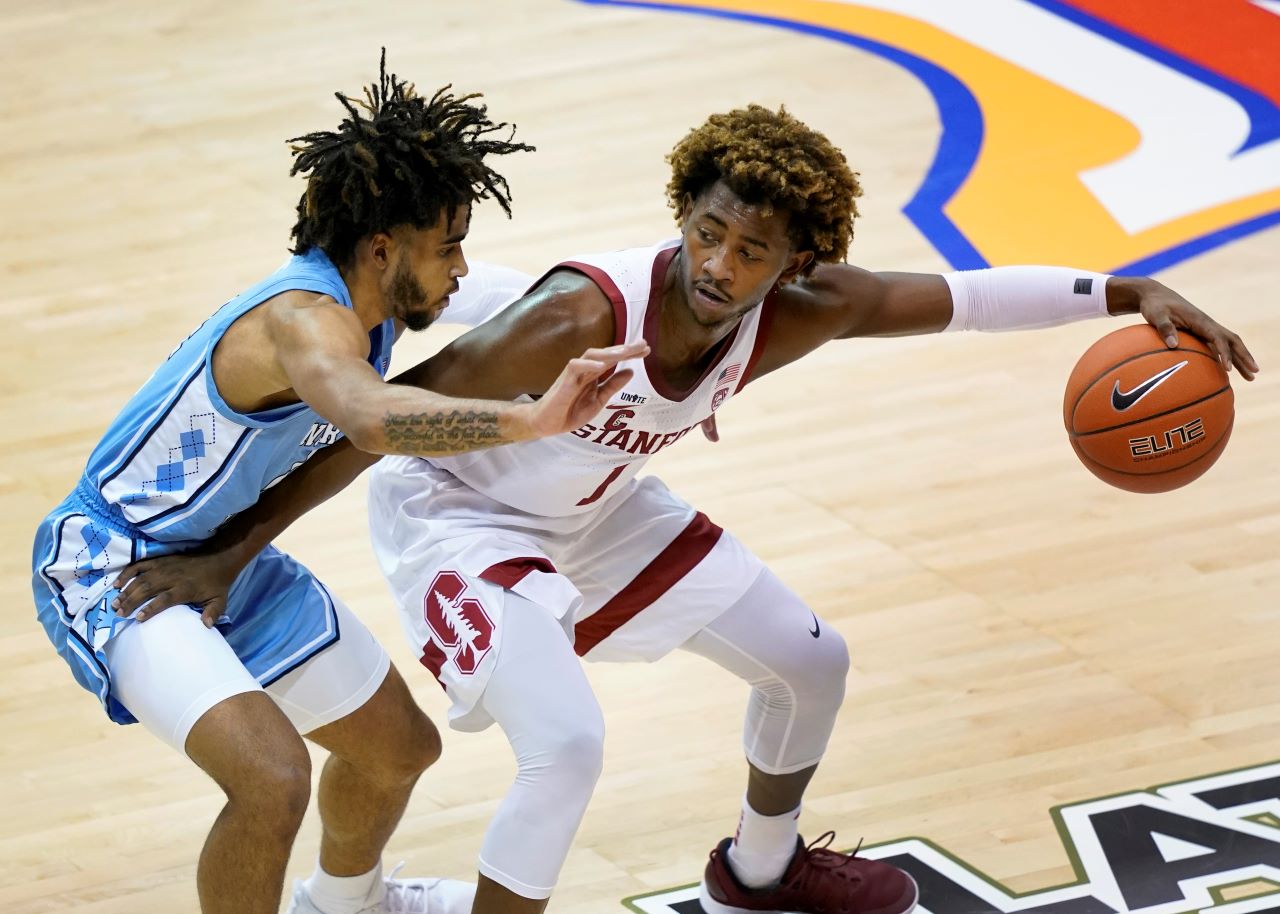 This time, the Tar Heels won a game in which neither team led by more than three in the final 6 1/2 minutes until Black's late free throw.

"I loved how we just kept trying to make it ugly," Williams said, "but at the same time kept competing."

"I think we had a plan and a good plan, but their pressure certainly got to us - probably a little bit of fatigue, and we weren't as efficient offensively," Stanford coach Jerod Haase said. "Normally when we keep our turnovers down to 13, we're going to be pretty good. But we're usually a little bit more efficient shooting the basketball."

The Tar Heels had a promising tournament start by turning a game-opening 13-0 deficit into a blowout win against UNLV. This time, they found themselves in a close fight to the horn and showed enough composure to close this one out.

Stanford's Williams had a strong start to his college career with 19 points and eight rebounds in Monday's first-round win against Alabama. Stanford led by eight late in the first half Tuesday, but the Cardinal shot just 10 of 30 while making 1 of 11 3-pointers after halftime.

"I liked the plays we ran," Haase said, "I liked the intent to what we were doing, but we do have to make those plays as well."

Black came through with his biggest play when he drove into the paint with his left hand then scooped in a layup with his right to increase UNC's lead to 66-63.

Then, after Spencer Jones missed a straightaway 3, Black grabbed the rebound and was fouled. He missed the first free throw but hit the second, all but ensuring UNC's advance to the Maui final.

The game featured a matchup for Roy Williams against one of his former players and assistants in Haase, who beat his mentor while head coach at UAB but had lost the other four meetings.

The 24 turnovers marked UNC's highest total in a win since having 24 against Ohio in a 2012 NCAA Sweet 16 game that went to overtime, with Williams saying the 24 turnovers "absolutely made me sick."

The Tar Heels advanced to Wednesday's championship game to face No. 17 Texas.

Stanford: The Cardinal will face Indiana in Wednesday's third-place game.