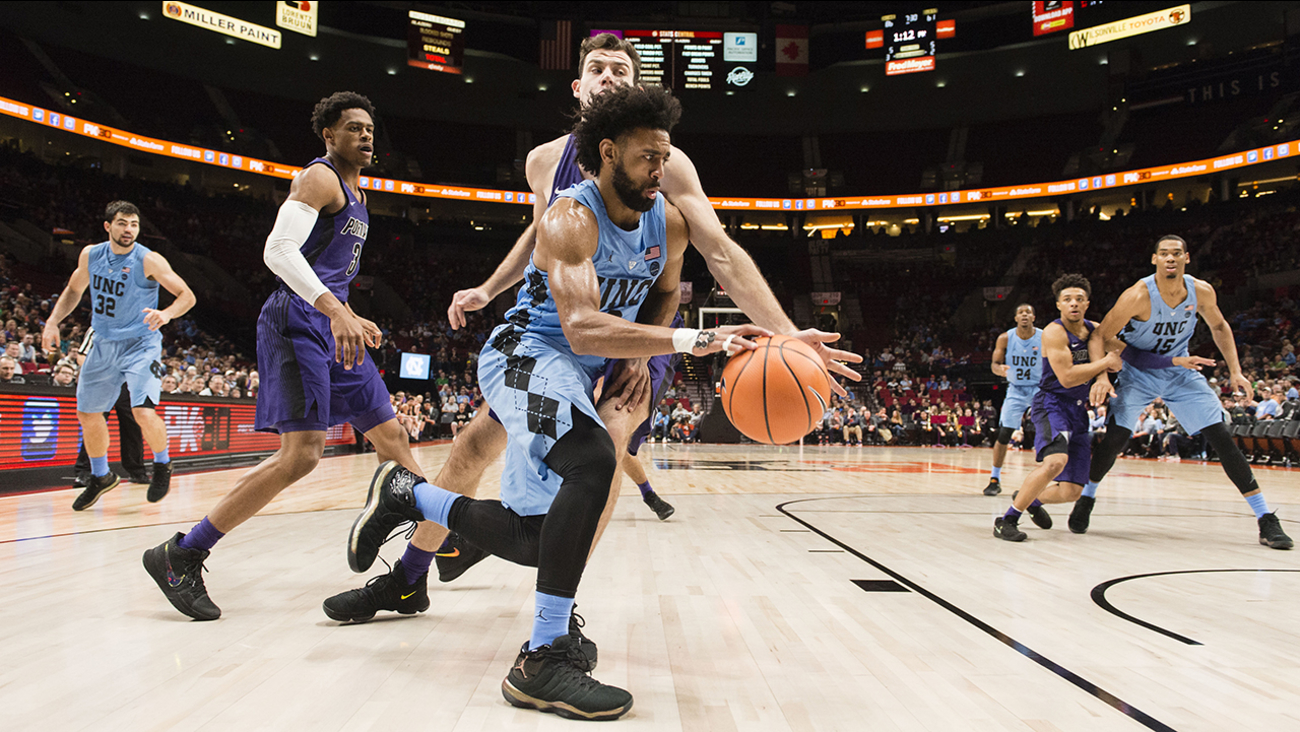 PORTLAND, Ore. -- When Luke Maye took stock of what North Carolina was losing from last season's championship squad and what was coming back, he made it a focus to become a better scorer in the post.

Maye made scoring around the basket look easy against overmatched Portland.

Maye had 20 points and 10 rebounds, Joel Berry II added 18 points and No. 9 North Carolina had five players in double figures in overwhelming Portland 102-78 on Thursday to open the PK80 Invitational.

"I've really had a concerted effort on scoring more in the post," Maye said. "We lost three top players in the post. I'm trying to make more shots in the paint and be a presence in there. I've got a long way to go, but I'm getting there." 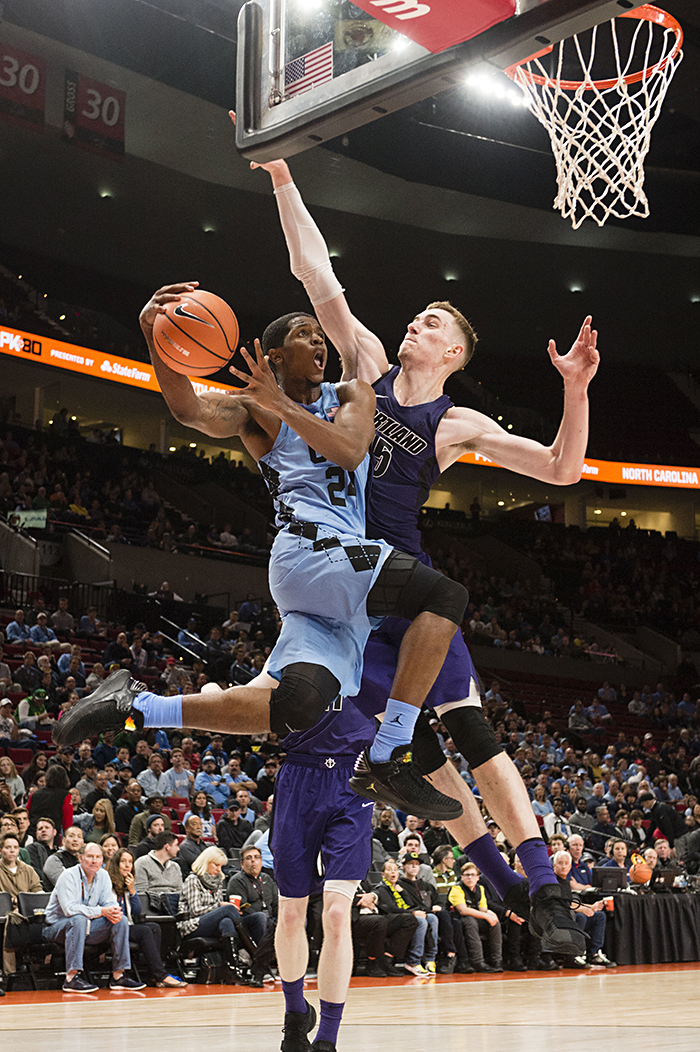 The Tar Heels (4-0) continued their offensive outburst to open the season, topping the century mark for the first time this season against the Pilots from the West Coast Conference. Maye has scored at least 20 points in three of North Carolina's first four games.

Kenny Williams added 17 points and Theo Pinson had 11 points, nine rebounds and seven assists for the Tar Heels, who have scored at least 90 points in the past three games. North Carolina pulled away thanks to 55 percent shooting in the second half.

Since going 1 of 6 in the opener against Northern Iowa - all on 3-point attempts - Pinson has made an effort to get in the lane more.

"I don't think I've ever had a player get a triple-double, but he might be the first," North Carolina coach Roy Williams said.

Franklin Porter led the Pilots with 19 points and Marcus Shaver Jr. added 17, but the Pilots shot just 40 percent and lacked the offensive spark to keep up with the Tar Heels.

The Pilots (2-2) hung around through most of the first half before a late run by the Tar Heels gave them a 48-35 halftime lead. The Tar Heels have scored at least 45 points in the first half of every game this season. North Carolina quickly turned the game into the expected blowout in the opening moments of the second half, scoring the first 12 points of the half and hitting nine straight shots before finally missing.

"I told coach Porter that they really helped us because they showed us how poor we played on the defensive end of the floor," Williams sad. "We've got to get better there. At the same, I liked a lot of what our guys did."

Portland: It was a major upgrade in competition for the Pilots from anything they had seen or may see this season. Portland opened the season with a five-point loss to crosstown rival Portland State, then knocked off a pair of NAIA schools - Walla Walla and Oregon Tech - for its first two victories.

North Carolina: Williams was a little more consistent with his scoring, unlike his last game against Stanford, when the junior guard scored all 20 of his points in the first 9:03 of the game, including six 3-pointers. Williams hit just one 3 against the Pilots but was 7 of 12 shooting and attempted only three shots from behind the arc. ... North Carolina held a 51-33 rebounding advantage.

Both teams had to deal with a slippery court. The new court at Moda Center was put down specifically for the tournament, but was exceptionally slick in the first half of the opening game. Officials stopped the game at various points in the first half to have the floor dried. Players said it was better in the second half.

Portland: The Pilots will face Oklahoma on Friday.