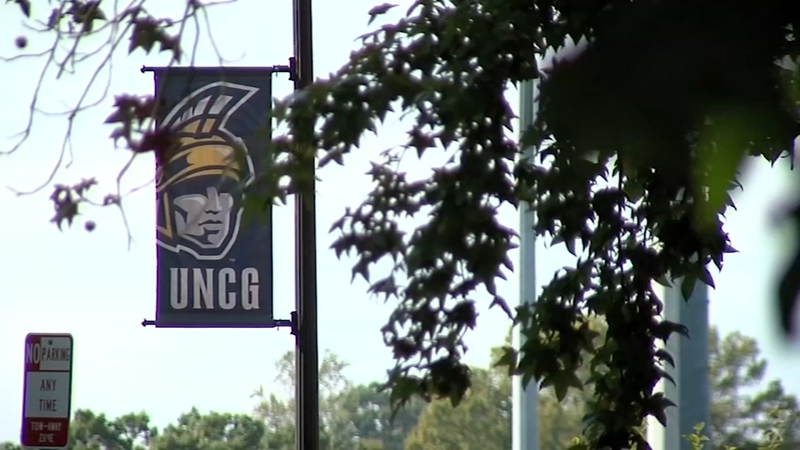 RALEIGH, N.C. (WTVD) -- A former nursing student is leveling explosive allegations against the UNC Board of Governors and UNC Greensboro.

According to the lawsuit, the former student was training at hospitals in Wake County when she says she was sexually harassed.

She also said she brought the issues to higher-ups but she was ignored.

"She has had her life turned upside down and her career has basically been ruined by the experience," said Nicholas Sanservino, the attorney for Autumn Davis, the plaintiff named in the suit. "You have someone who devoted three years of her life and was a month from graduation, had paid a lot in tuition, had worked hard and studied hard and now has the rug pulled out from her in terms of being kicked out."

Shocking allegations tonight against a variety of organizations including @UNCG and @UNC_System by former nursing student. She alleges she was sexually harassed and when she reported the incident to higher ups, she was ignored. #ABC11 pic.twitter.com/Y7XF9LUuOn

The lawsuit claims Davis enrolled in UNC Greensboro's Doctor of Nursing Practice program in 2015. She wanted to become a certified registered nurse anesthetist or CRNA.

As part of the program, she also enrolled at the Raleigh School of Nurse Anesthesia on Barrett Road.

According to its website, the program is associated with Rex Healthcare and WakeMed where Davis did clinical work to go along with her other studies.

"All Ms. Davis wants is to be made whole," said Sanservino. "There are different ways someone can be made whole -- it's not just monetary damages."

The documents claim Davis was assigned repeatedly to the same male CRNA who throughout her time made sexually suggestive jokes.

On one occasion when a female patient was under anesthesia, that male CRNA said in front of her, "Man the surgeon can take as long as he wants in this case, it's a nice view."

The lawsuit claims that the same nurse asked Davis to 'strip for him' and repeatedly asked her out.

Most disturbingly, he "pushed himself up against Davis while working" while he was aroused.

"We feel very strongly about the facts that are alleged in this complaint -- that there was widespread retaliation against Ms. Davis," Sanservino said.

When Davis went to report the behavior, the lawsuit alleges she was met with significant resistance from deans and other high-ranking officials.

One said "Are you sure you want to make this type of complaint?" Another downplayed the male nurse's conduct and tried to claim it was "accidental."

UNC's Board of Governors, which oversees the facilities mentioned in the lawsuit, said it is "aware of the litigation and it intends to respond to it in court."

The Raleigh School of Nurse Anesthesia did not respond to our phone calls Tuesday night.

UNC Greensboro is aware of the allegations and said it could not comment on pending litigation.