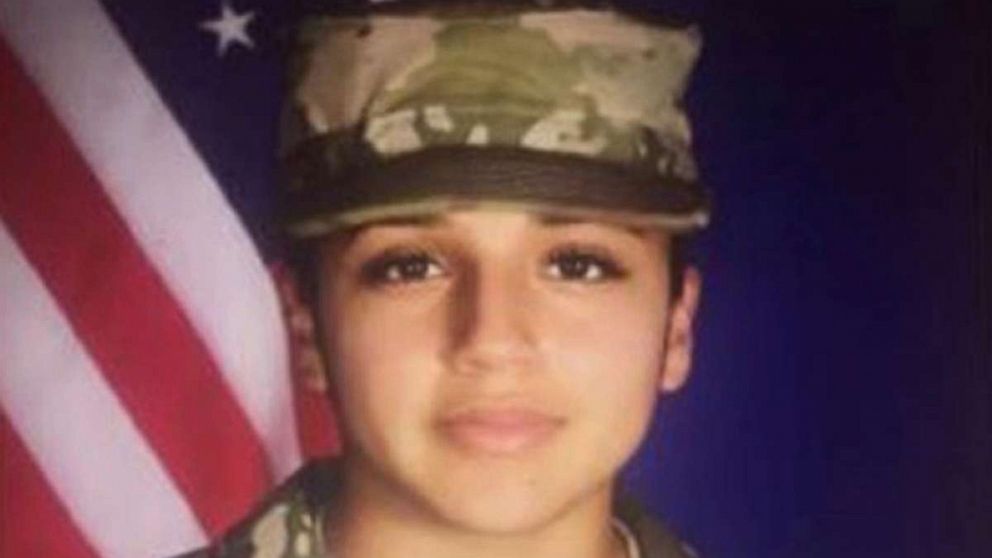 The remains, which will undergo an identification process, were found near where a previous search was conducted on June 22, officials with the Army Criminal Investigation Division said.

"After receiving additional information, agents have discovered what has been described as partial human remains after analysis from a forensic anthropologist," said CID Chief of Public Affairs Chris Grey.

"Due to the ongoing criminal investigation, no further information will be released at this time," Grey said.

The discovery came on the same day that Guillen's family announced they were seeking a congressional investigation into the 20-year-old's disappearance.

Guillen was last seen in the parking lot of her Regimental Engineer Squadron headquarters at the Fort Hood military base on April 22, and has not been heard from since.

"Due to the lack of answers, safety, respect, and responsibility in Fort Hood, we are demanding a Congressional Investigation to be done," Guillen family attorney Natalie Khawam wrote in a Facebook post Tuesday. "It is truly disappointing how Fort Hood Army Base, a military base, has not given answers to Vanessa's family."

Khawam and Guillen's family said that Guillen complained to family members about being the victim of sexual harassment on the base, but never filed a formal complaint for fear of retaliation.

"At this point, investigators have no credible information or report that Vanessa Guillen was sexually assaulted," military officials said in a previous statement.

Khawam said she's planning to propose legislation to protect U.S military soldiers from sexual harassment and sexual assault, with an announcement expected at a press conference at the U.S. Capitol in Washington, D.C., on Thursday at noon.

Guillen's disappearance comes eight months after the disappearance of Fort Hood Pvt. Gregory Wedel-Morales, whose body was discovered near the base and positively identified on June 19. Although autopsy results are pending for Wedel-Morales, officials said they suspect his death resulted from foul play.

The CID and The League of United Latin American Citizens are each offering a reward of up to $25,000 for information leading to Guillen's whereabouts.
Report a correction or typo
Related topics:
abc newsnational
Copyright © 2020 ABC News Internet Ventures.
More Videos
From CNN Newsource affiliates
TOP STORIES