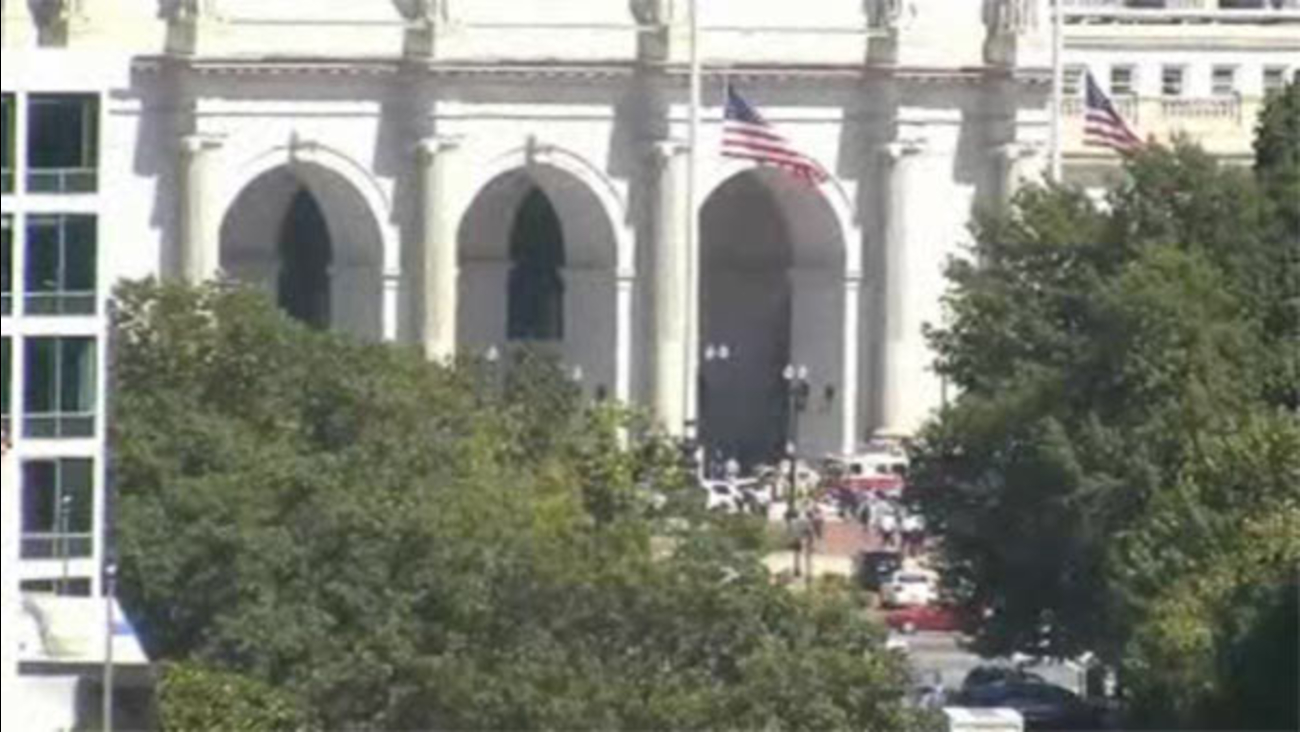 WASHINGTON -- A man stabbed a woman and then was shot by a security guard at Washington's massive Union Station on Friday, the anniversary of the September 11 attacks, District of Columbia police said.