United passengers, including Cary man, to be flown back to Newark after being stranded 19 hours at airport in Canada 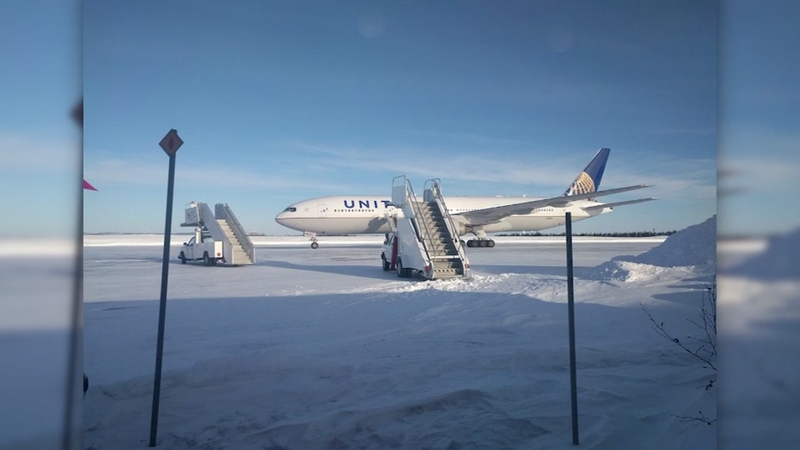 United passengers, including Cary man, to be flown back to Newark after being stranded 13 hours at airport in Canada

NEWARK, New Jersey (WTVD) -- About 250 United Airlines passengers, one of them a resident of Cary, are finally being flown to Newark Liberty International Airport after being stranded in the frigid cold for more than 19 hours at an airport in Happy Valley-Goose Bay in Canada.

While the passengers were stuck, Happy Valley-Goose Bay was grappling with an extreme cold warning issued by Environment Canada, with temperatures dipping below -30 C.

United Airlines released a statement that read in part: "The airport did not have customs officers overnight so we were not able to let customers depart the aircraft. An alternative aircraft is being flown in to transport customers back to Newark. We apologize to our customers and our crew is doing everything possible to assist them during the delay."

Mike Sullivan, a Cary resident, was on the flight.

Sullivan, who's the president of Conversant Products, Inc., a Cary-based company that has a second headquarters in Hong Kong, was said to have been flying to Hong Kong to celebrate the Chinese New Year with employees. However, after being stranded for so long in Canada, he decided to head back to NC.

Sullivan said he hoped to return to RDU on Sunday evening, weather permitting.

The following is a picture he took while being transported to a rescue plane: 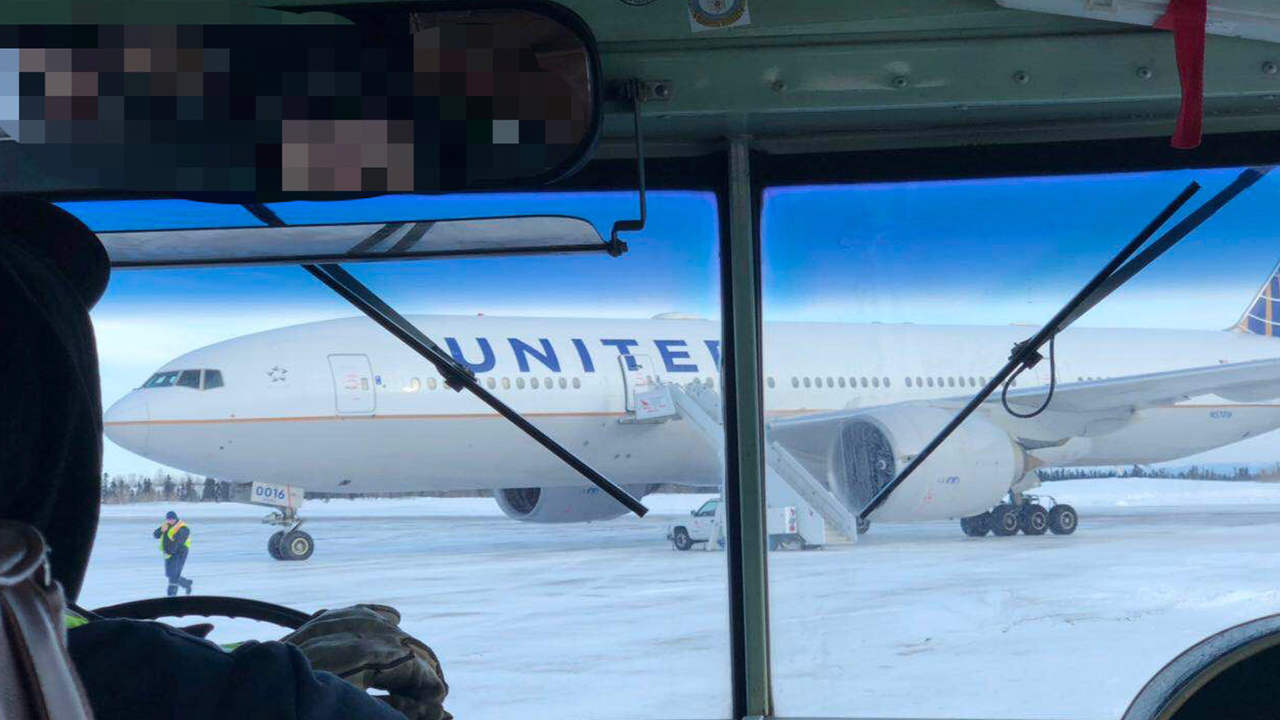 United Flight 179 traveling from Newark to Hong Kong was diverted to Goose Bay Airport in Newfoundland, Canada because of a medical emergency onboard.

The airline said medical personnel met the aircraft at the gate and the stricken passenger was transported to a local hospital.

But the plane was unable to take off again, because of a mechanical problem with one of the doors.

The flight was carrying 250 passengers and 15 crew members total.