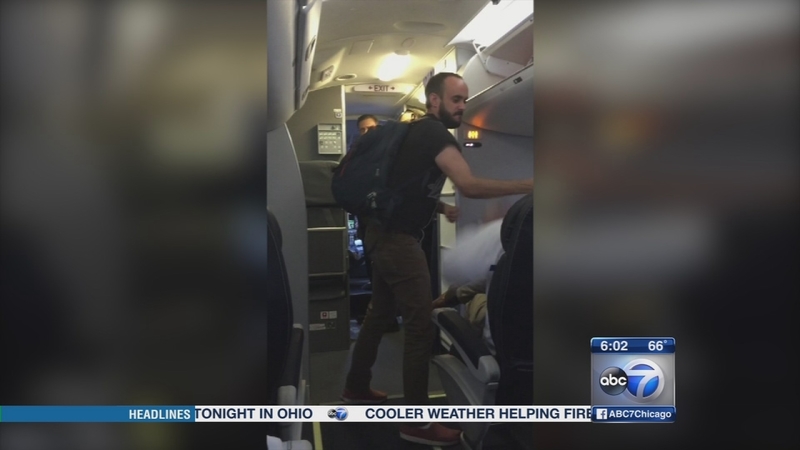 CHICAGO -- A passenger on a United Airlines flight was arrested after he allegedly refused to turn off his cell phone, punched another passenger and hit one of the officers trying to get him off the plane.

As the plane taxied down the runway around 7:40 p.m., crew members and other passengers asked Adam Kealing, 31, to turn off his cell phone. He refused.

A man who recorded video of the incident, who wished to remain anonymous, said Kealing appeared to be drunk. The plane returned to the gate.

The video shows Kealing got out of his seat and walked to the front of the plane, at which point someone said something to him. He punched that passenger.

At that point, Chicago police officers had boarded the plane to remove him. As they wrestled him to the ground, he allegedly hit an officer as well.

"There was a gentleman sitting right in front of him. He looked at him and said, 'Really?' Then he punched him. The police were right there. The guy was seat-belted in, so he couldn't get out. The Chicago police were right on the spot. Then it was a big fight in the jet way. He was fighting the police and resisting them," said the man who recorded the video.

No one else was hurt in the scuffle.