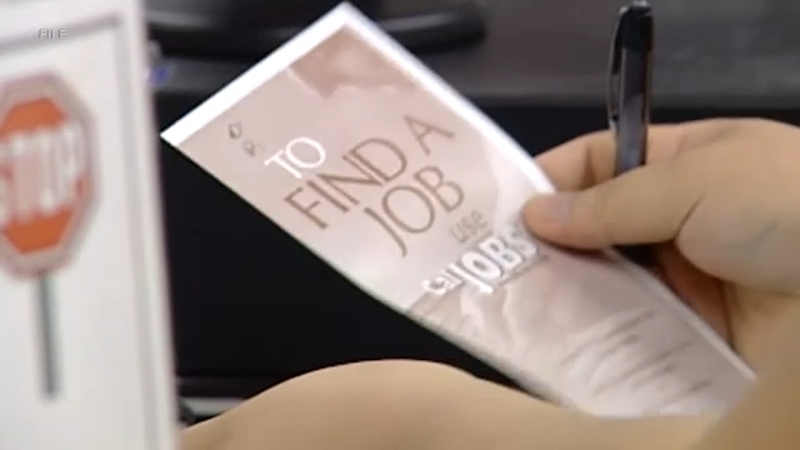 US added 428K jobs in April despite rising inflation

Friday's jobs report from the Labor Department showed that last month's hiring kept the unemployment rate at 3.6%, just above the lowest level in a half-century.


The economy's hiring gains have been strikingly consistent in the face of the worst inflation in four decades. Employers have added at least 400,000 jobs for 12 straight months.

SEE ALSO: How did the Great Resignation disrupt the future of work?
EMBED More News Videos

More people quit their jobs in 2021 than any year on record. Was this a result of the pandemic or a bigger shift in the workplace?

At the same time, the April job growth, along with steady wage gains, will help fuel consumer spending and likely keep the Federal Reserve on track to raise borrowing rates sharply to try to slow inflation. Early trading Friday in the stock market reflected concern that the strength of the job market will keep wages and inflation high and lead to increasingly heavy borrowing costs for consumers and businesses. Higher loan rates could, in turn, weigh down corporate profits.

"With labor market conditions still this strong - including very rapid wage growth - we doubt that the Fed is going to abandon its hawkish plans, said Paul Ashworth, chief U.S. economist at Capital Economics.

The latest employment figures contained a few cautionary notes about the job market. The government revised down its estimate of job gains for February and March by a combined 39,000. And the number of people in the labor force declined in April by 363,000, the first drop since September. Their exit slightly reduced the proportion of Americans who are either working or looking for work from 62.4% to 62.2%.

Still, at a time when worker shortages have left many companies desperate to hire, employers kept handing out pay raises last month. Hourly wages rose 0.3% from March and 5.5% from a year ago.

Steven Esposito with Morgan Stanley joined ABC7 to talk about the stock market.

Yet it's unclear how long the jobs boom will continue. The Fed this week raised its key rate by a half-percentage point - its most aggressive move since 2000 - and signaled further large rate hikes to come. As the Fed's rate hikes take effect, they will make it increasingly expensive to spend and hire.

In addition, the vast economic aid that the government had been supplying to households has expired. And Russia's invasion of Ukraine has helped accelerate inflation and clouded the economic outlook. Some economists warn of a growing risk of recession.

The first quarter's growth was hampered mainly by a slower restocking of goods in stores and warehouses and by a sharp drop in exports.

For now, the resilience of the job market is particularly striking when set against the backdrop of galloping price increases and rising borrowing costs. This week, the Labor Department provided further evidence that the job market is still booming. It reported that only 1.38 million Americans were collecting traditional unemployment benefits, the fewest since 1970. And it said that employers posted a record-high 11.5 million job openings in March and that layoffs remained well below pre-pandemic levels.


What's more, the economy now has, on average, two available jobs for every unemployed person. That's the highest such proportion on record.

And in yet another sign that workers are enjoying unusual leverage in the job market, a record 4.5 million people quit their jobs in March, evidently confident that they could find a better opportunity elsewhere.

Still, the nation remains 1.2 million jobs short of the number it had in February 2020, just before the pandemic tore through the economy.

In the meantime, with many industries slowed by labor shortages, companies have been jacking up wages to try to attract job applicants and retain their existing employees. Even so, pay raises haven't kept pace with the spike in consumer prices.