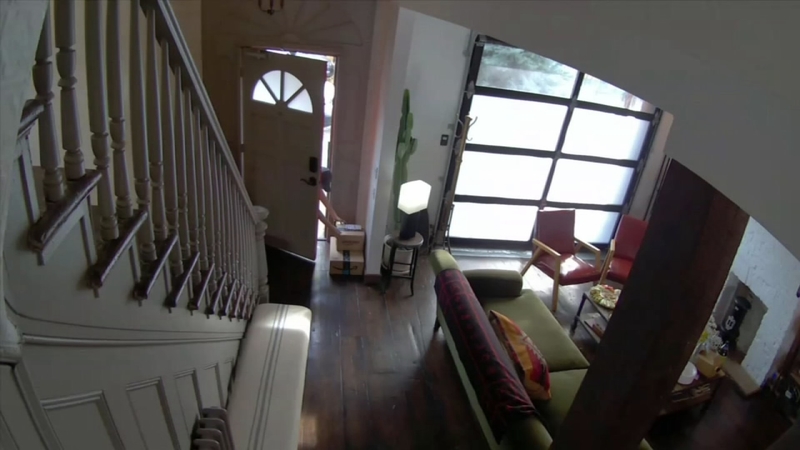 Amazon could deliver packages inside your door

Amazon is the company known for revolutionizing delivery.

But the tech titan is ready to take things a few steps farther by delivering those packages not just to your doorstep, but inside your home.

Here's how it works:

The delivery driver arrives and scans your package, which automatically sends an alert to your phone, and a signal to the Amazon cloud that unlocks the smart lock on your front door.

At the same time, a security camera mounted in your home begins rolling so you have a record of the whole thing.

"We heard from customers, a lot of customers would love having their packages delivered in their home even when they're not there," Peter Larsen, Vice President of Delivery Technology, said.

Leaders wait to learn whether Raleigh-Durham is Amazon's prime pick

The free service is available for Prime members beginning November 8th in 37 cities around the country, including Philadelphia.

With 85 million prime members in the US spending an average $1,300 a year, that's a lot of homes!

But to get started, Prime users must purchase the Amazon Key In-Home Kit, starting at $249.99. The kit includes the the Amazon Cloud Cam (Key Edition) indoor security camera and a compatible smart lock from Kwikset or Yale.

"Amazon is really focused on safety and security. These drivers are the same drivers that you know and trust to deliver your Amazon packages today. Their background is checked and they are approved to deliver for Amazon," Larsen said.

So what happens if the Amazon cloud gets hacked?

"I can tell you that privacy and security is the most important thing that we're working with, so all of the devices are encrypted," Larsen said.

The service is optional and could be one way to stop package theft.
Twenty-three-million Americans say they've had deliveries stolen from their doorstep.

"When I spoke with Amazon execs about this, they said this is not an experiment this is something that they really believe is going to be fundamental to the way consumers shop in the future and the way they have things delivered to their homes," Wall Street Journal reporter Laura Stevens said.