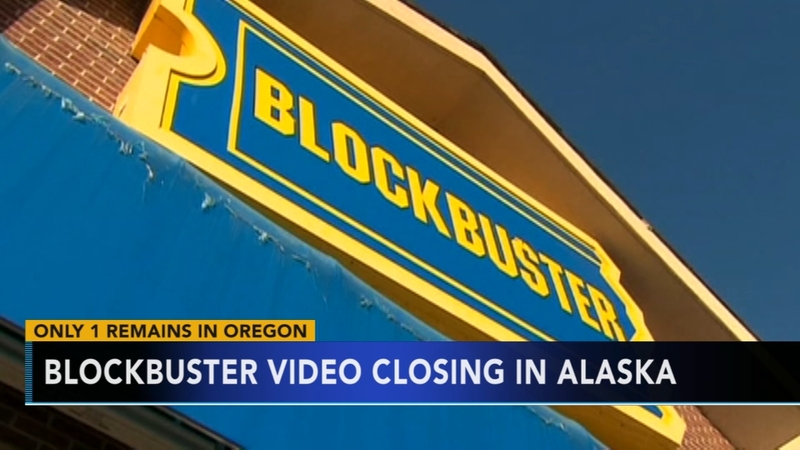 Last Alaska Blockbusters set to close, leaving 1 store in US

Alaska's last two Blockbuster video stores are calling it quits, leaving just one store open in the rest of the nation.

Kevin Daymude, general manager of Blockbuster Alaska, says the stores in Anchorage and Fairbanks will close for rentals after Sunday night and reopen Tuesday for video sales.

The closures come just two months after the host of HBO's "Last Week Tonight with John Oliver" sent a jockstrap worn by Russell Crowe in the 2005 movie "Cinderella Man" to the Anchorage store, which displayed it in an effort to ramp up business.

Daymude says the buzz from the Oliver connection brought business to the store. But it wasn't enough to counter a planned lease increase.

The closures will leave the Blockbuster in Bend, Oregon, as the sole holdout.

Recently, 6abc.com reported on the one of the last vestiges of Blockbuster in the Delaware Valley - a sign still standing in South Philadelphia.