5 deputies shot, 1 fatally, in shooting in suburb of Denver, Colorado 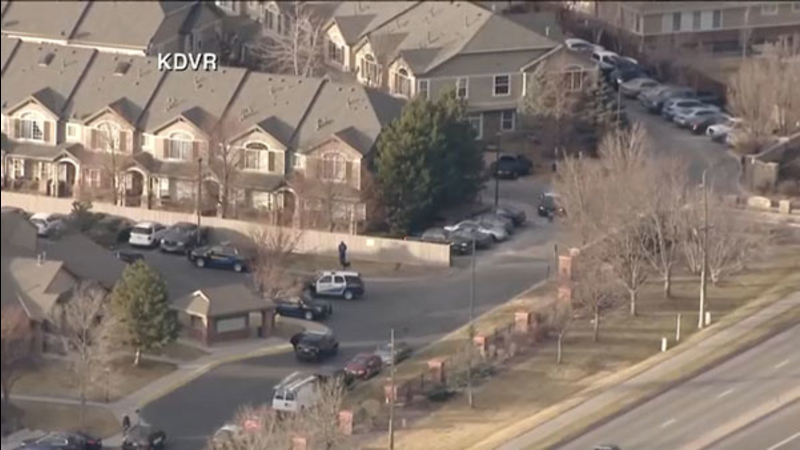 Five deputies were shot, one fatally, and two civilians were also injured in a shooting in an affluent suburban county outside of Denver.

They say five deputies and two civilians were shot by the suspect.

One deputy was confirmed dead.

The slain officer was 29 years old and married with two children. He had been with the agency for about seven months.

The four other officers were in stable condition and injuries to the civilians were not life-threatening.

The deputy killed has been identified as Zachary Parrish, 29 killed. He was only with the Douglas County Sheriff's Department for seven months. He is survived by a wife and two kids.

The suspected gunman was also shot and is believed to be dead.

President Donald Trump is offering his condolences to the victims of a shooting in suburban Denver that killed one sheriff's deputy and wounded six other people, including four deputies.

Trump said on Twitter on Sunday: "My deepest condolences to the victims of the terrible shooting in Douglas County sheriff and their families. We love our police and law enforcement - God Bless them all!"

My deepest condolences to the victims of the terrible shooting in Douglas County @DCSheriff, and their families. We love our police and law enforcement - God Bless them all! #LESM