Dog on thin ice rescued by firefighters in Canada 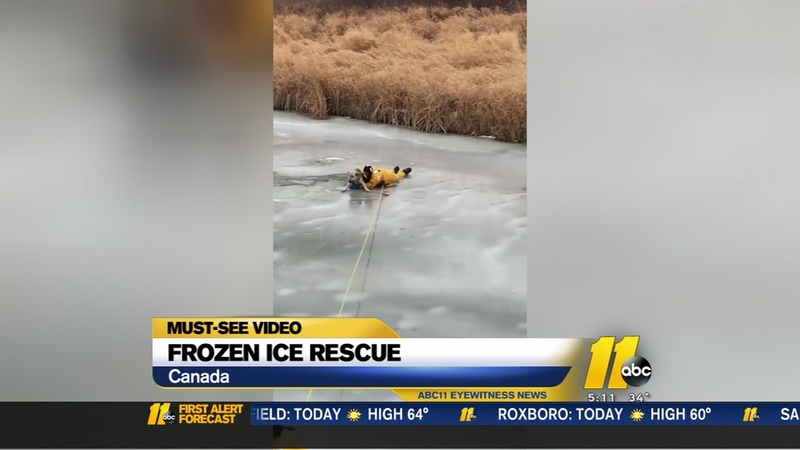 CANADA -- Firefighters in Canada saved the life of a family dog that ran onto thin ice and fell through.

The pup's owners were walking with him near a creek when they let him off the leash.

The dog ran out onto the ice which promptly broke under his weight and he became trapped.

In a video of the rescue, the firefighter was seen sliding on his stomach along the ice toward the frightened and freezing dog. The firefighter had a rope tied to his waist that was held tightly by his crew members on the shore.

Just as he grabs the dog, the ice breaks, nearly sending both the rescuer and animal into the icy water.