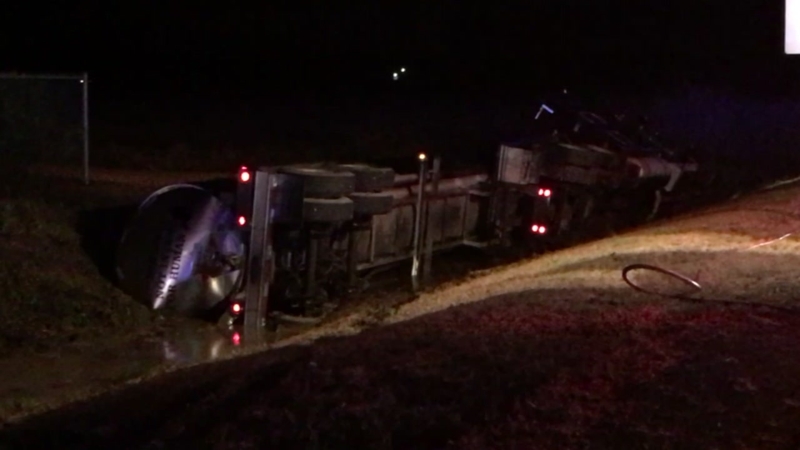 JOHNSTON COUNTY, N.C. (WTVD) -- Six people were injured after a crash involving two cars and a tanker truck on US 701 near Four Oaks on Monday.

State troopers on the scene said a car was traveling on 701 with no lights. A second car pulled out in its path, causing a collision. The tanker hit both cars and overturned

Five of the six injured were taken to hospitals for medical treatment.

Raw video: Two cars and a tanker truck involved in crash on US 701.

All the injuries were considered minor, troopers said.