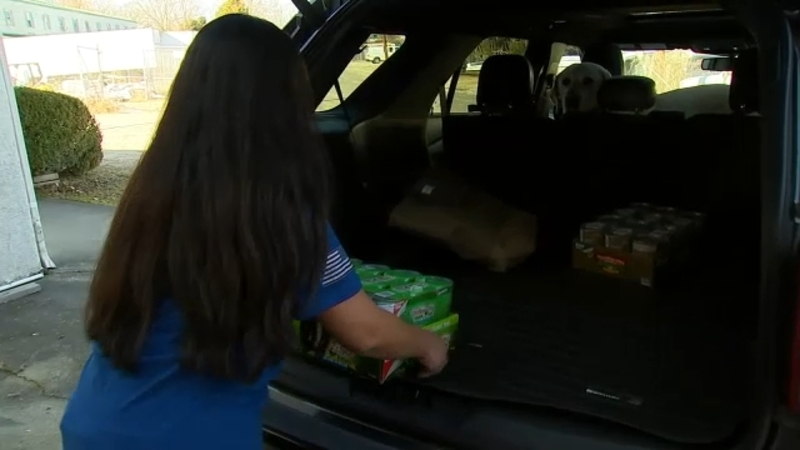 Some in NC donate stimulus to U.S. Veterans Corps amid food drive

Not only did people begin dropping off food donations, but, several also donated their entire stimulus checks to the organization to help them purchase food.

"People are donating their stimulus money and that is just an unbelievable surprise that we've had people saying, 'hey you know the $600 and $1,200?'" said US Veterans Corps Deputy Director Jennifer Woods.

"There are many people that have qualified for it, but, some people who are in that income bracket really don't need it, and they wanted to give back to those who really do, so, we've actually been getting people to donate. We're going to use it to buy some fresh meat and some produce, things that won't sit on the shelves," Woods said.