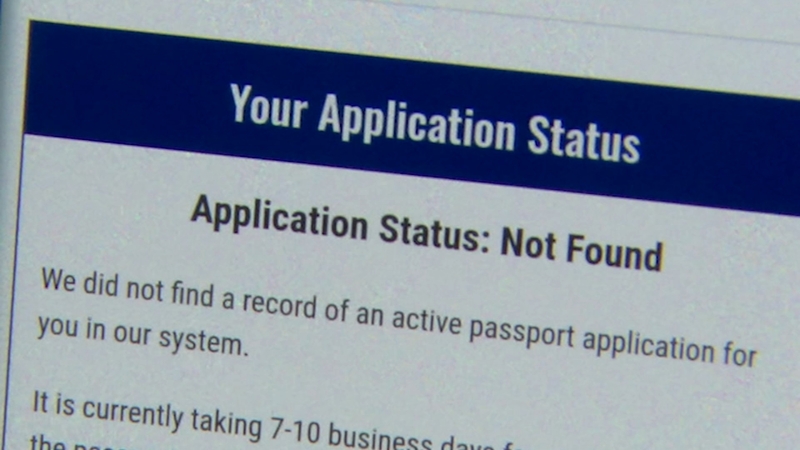 RALEIGH, N.C. (WTVD) -- Lost mail and packages are a common frustration ABC11 viewers write to the Troubleshooter about regularly.

"This is private information of a minor, my social, her social, heaven forbids somebody can get it and anything can happen," Garcia said.

She applied for her daughter's passport at the Raleigh Post Office on New Bern Avenue. She was told to expect the passport within six to eight weeks.

"It would be sent off in two separate shipments," she said. "First, it would be the actual passport and then all of the documents that had to be sent out that day would come back in a separate package."
After two months of waiting, Garcia checked on the status of the passport in the USPS system.

Garcia went to the New Bern Avenue post office and says the manager just told her to give it more time. After three months of waiting and no sign of her daughter's passport, Garcia says a USPS worker told her to just apply again.

"It's a lot of money and at the same time I have to get another birth certificate for her," Garcia added.

Garcia got in touch with Troubleshooter and Diane Wilson reached out to a USPS representative.

He apologized and said Garcia is not the only victim of lost passport applications, but there were also three other customers. He said labels would fall off the envelopes containing the applications during the mailing processing.

He said the envelopes were directed to a facility in Atlanta where items go when the address cannot be identified. When it comes to the four customers who paid for a passport but didn't get it, he says the USPS offered refunds for new documents and the postal service would pay for a new passport application.

Garcia took USPS up on that offer and is now waiting for her daughter's passport to arrive any day now.

"Thank you so much for helping me," Garcia said to Troubleshooter.