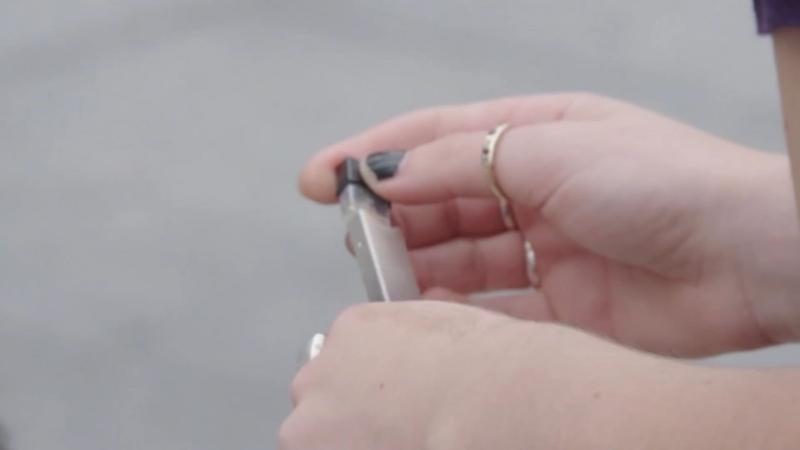 GREENSBORO, N.C. (WTVD) -- For the first time, a person in North Carolina has died from vaping.

Cone Health, a hospital in Greensboro, confirms a patient died Wednesday after coming in with vaping-related problems.

That patient was the eighth vaping-related patient admitted to the hospital since August.

SEE ALSO: 'It can be deadly:' WakeMed sees 8 cases of vaping-related illnesses

Andrew Doss of Mooresville recently found himself in the hospital being treated for vaping-related lung disease.

"It was definitely the most pain I've ever been through and if the lung collapse didn't cure me of wanting to vape, the chest tube definitely did," Doss said.

"We all think it's safer or as safe as cigarettes, and I don't think it is," he told WSOC.

Andrew Doss of Morresville recently found himself in the hospital being treated for vaping-related lung disease.

The U.S. Centers for Disease Control and Prevention issued a health advisory at the end of August about the increase in vaping-related health concerns.