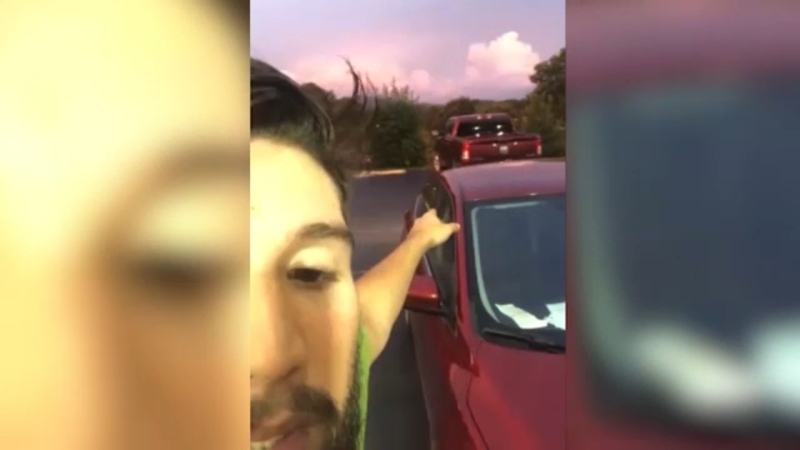 Venezuelan man stranded in NC after passport is stolen

A young Venezuelan got stranded in North Carolina after his passport and credit cards were stolen on a trip to the United States.

His despair was increased in the absence of a Venezuelan embassy in the United States.

Alexander Leal traveled from Venezuela to the United States with the illusion of celebrating his 21st birthday. What was supposed to be a fun trip turned into a great nightmare.

"I had my passport, my visa, my cards, everything, and I was totally undocumented here," Leal said in an interview with Univision 40 North Carolina. The robbery occurred on the Labor Day holiday. At 10:30 p.m. he received an alert from the bank of a suspicious transaction in the Asheville, North Carolina area, about 20 miles east of Canton, where he was staying. When he went through the suitcase of the car, he discovered what he feared so much: they had taken his bag, which had all of his documents.

"At 2 a.m. I went out to look in the garbage cans, especially to see if I could get the bag with the passport," Leal said, but he had no luck. Police tried to check the hotel's security cameras, "but coincidentally, they haven't worked for two weeks," he said.

The situation is even more of an issue because "there is no embassy here. There is no number that I can call and say: 'I am a Venezuelan citizen and I need help,'" he said.

Wilfredo Allen, an immigration attorney, explained to Univision 40 North Carolina how Venezuelan citizens are at a disadvantage compared to other nationalities.

Venezuela broke diplomatic and political relations with the United States, one of its main oil buyers, in January 2019, closing its country's embassy and consulates in the United States. The announcement was made by the president of Venezuela, Nicolás Maduro, after the White House recognized the opposition leader Juan Guaidó as the "president in charge" of Venezuela.

The lawyer explains that, when Venezuela closed its diplomatic headquarters, "it did not leave any other country in charge of its process"; Unlike the United States, which left the American Embassy in Bogotá, Colombia, in charge of the US representation for Venezuela.

"Most of the time, when one country breaks relations with another, there is always an embassy that serves you, but unfortunately Venezuela has no place in the United States that can serve this young man (...). When Cuba and the United States they broke relations, the Swiss Embassy attended to the Americans in Cuba and they resolved it, differently with Venezuela, "Allen explained.

What can Venezuelan tourists do in the same situation?

A second option could be "for Mexico to give him a transit visa so that he can go to the Federal District, where the Venezuelan Embassy is located, and obtain a safe-conduct to return to Caracas," Allen said.

A third alternative would be to write to the Embassy of Venezuela in Mexico at the emails embve.mxmdf@mppre.gob.ve and embvemxmdf@gmail.com and demonstrate the loss of the document. The process to cancel the passport could take several months in some cases, while the appointment to apply for the new passport in Mexico takes an average of three months, according to unofficial information.

In addition to the long process to get a passport, "the tragedy is even greater" to obtain a new tourist visa for the United States.

"The American Embassy in Colombia has a backlog for tourist visas until 2023. It will be very difficult to get a new passport with a new visa," Allen said.

One of the many effects of the coronavirus pandemic has been the long delay in visa applications, due to the closure of consulates and protocols that limit access to the United States.

If you are going to travel to the United States, the lawyer recommends that you make a complete copy of your passport and that you never go out with your original document.

"You can have a copy and identification of your country such as your identity card or driver's license. In the United States it is not required that you have your passport with you when you are on the street," he said.