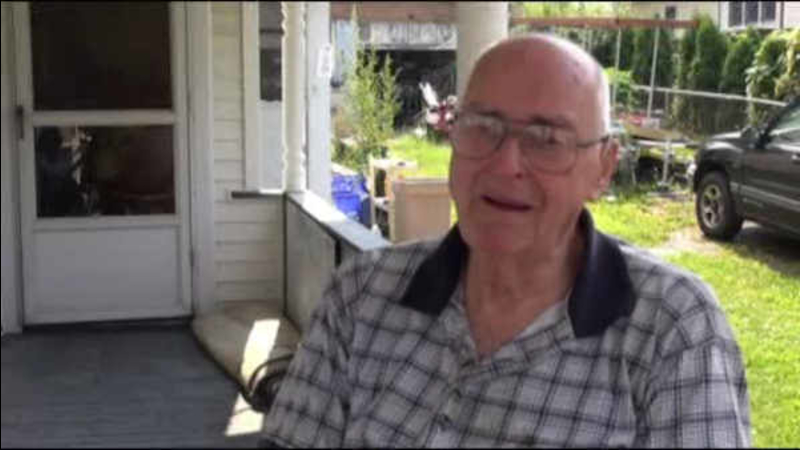 WILKES-BARRE, Pa. -- A community rallied around a 91-year-old Pennsylvania man who was on the brink of losing his home, and in less than a week, hundreds of people donated enough money to save the World War II veteran's house.

Abrah Belles couldn't believe the news that someone set up a GoFundMe page to help him save his residence.

"I didn't know quite, I thought it was a joke when it first started," he said. "But it wasn't, and I thank God they come along."

He has lived on Anderson Street in Wilkes-Barre Township for almost 70 years, and after he lost his wife in 2008, he fell behind on paying taxes for the home.

In three weeks, his home was set to go up for auction at a tax sale. Out of options, Belles says he was preparing himself for possibility of losing it all and stepping away from the front porch he sat on almost every day for more than six decades.

But that all changed when a man named John Daily heard Belles needed some help.

That's right, a man who used to clean Belles' carpets set up the donation account, saying in the description that Belles supported his business in the past, and he just wanted to return the favor.

That was about a week ago, and now nearly 200 people have donated about $9,000, many leaving little messages for Belles with their donations, like one that reads, "May you feel the love of God, and the great people of the Wyoming Valley."

"I don't think I can thank them enough," Belles said. "I'm telling you, that shocked me."

Belles owed about $8,000 in taxes. The money will pay off what he owes and give him a comfortable cushion for future payments.