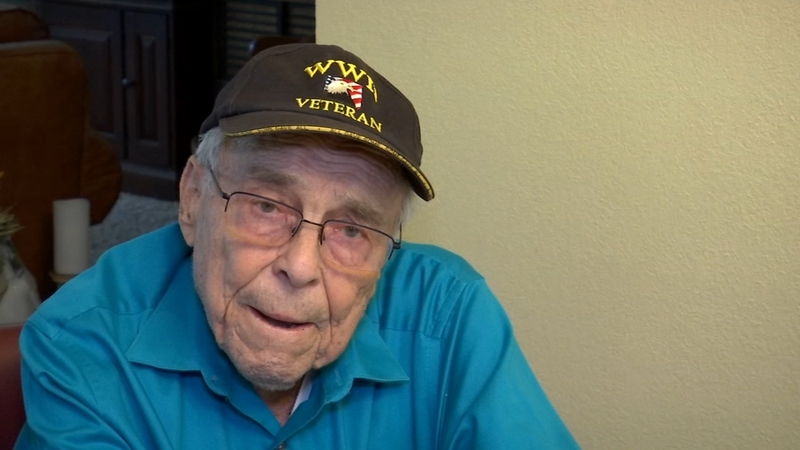 FRESNO, Calif. -- A California World War II veteran is struggling after an acquaintance scammed him into making a loan he hasn't paid back.

Floyd Smith keeps a stack of paperwork to remind him of the scam.

Smith served in the Navy as World War II came to a close.

"I went to Nagasaki and Hiroshima and Tokyo and all those places and where the bombs dropped. You could still see their shadow etched in the concrete."

Even as the fog of war melted away, Smith got along with nearly everyone he met.

70 years later, around the time he went on one of the first Central Valley Honor flights and shortly after he lost his wife, Smith crossed paths with Mark Gleizer, who helped him get new windows for his home.

But the relationship went sour by 2016.

"He said he's in real financial trouble and he needs $10,000," says Smith. "The money that I loaned him was money I set aside for my retirement. And we planned to do a little traveling."

Smith hasn't been able to take a honeymoon with his new wife, but Gleizer seems to be traveling. Posts by him on social media show him in London, possibly making trips on the money loaned to him, Smith says.

"I feel like he just really took unfair advantage of me."

Smith got a judgment against Gleizer in small claims court but hasn't gotten any money from him.

Police in Sanger have arrested Gleizer as recently as October 2019 for drug possession, but they didn't take him to jail and he disappeared afterwards, skipping a scheduled November court appearance.