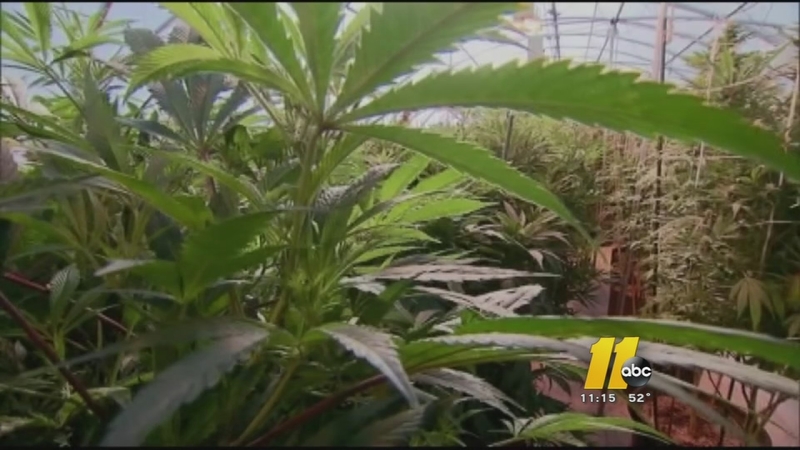 FAYETTEVILLE (WTVD) -- Moira Holman says she is not a pothead, but the former soldier smokes marijuana to ease her migraine headaches and pain from a parachute jump injury.

"With the first or second inhalation, that band that seems to go around you head seems to ease up, and it's almost livable," said Holman.

Holman is part of a group pushing to legalize medical marijuana in North Carolina. Already a number of states, and the District of Columbia have some form of compassionate marijuana laws on their books.

Several veterans from Fayetteville will be in Raleigh Thursday lobbying state legislators to support a medical marijuana bill.

Veterans we talked with said marijuana helps with their chronic pain without the side effects of many prescription narcotic drugs.

"I am getting real tired of taking narcotics every day," said veteran Edwin McClennan, who says he's been taking pain killers for 20 years since he was injured in a military training accident. "Sometimes the pain gets so bad. You just lose hope, you get so worn out."

McClennan says he is not using marijuana now, and he doesn't approve marijuana for recreational use. If medical marijuana is approved, he said he would gladly try it, but until then he has to suffer.

"I feel like veterans are under a microscope. If we come up positive pot on a drug test, you could lose our benefits," said McClennan.

Veterans hope state legislators will show them some mercy.